Gallery of photos from CES 2018, and other news

I have created a gallery in Google Photos with some of the more interesting items I saw at CES, with the bulk of them being related to robocars, robotic delivery and transportation. 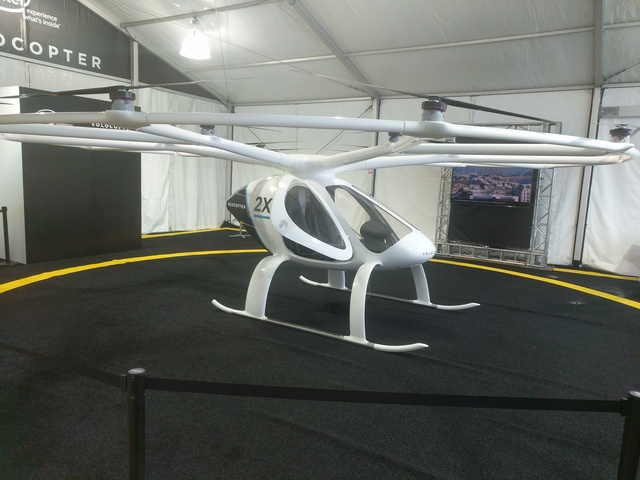 Click on the CES 2018 Gallery to view it. Make sure to see the captions, which will either appear at the bottom of the screen, or if you clicke the "Info" button ("i" in circle) it will open up a side panel with the caption, and then you can go through the images with arrow keys or the arrow buttons.

In the gallery you will see commentary on 3 different flying car offerings, many LIDARs, 6 delivery robots and the silliest product of CES 2018.

It's been reported that Pony.ai got a $112M series A which shows the valuation frenzy is continuing. Pony.ai was founded by veterans of Baido (and Google Chauffeur) but what is more surprising is that their plan is not very ambitious, as least for now -- cars for restricted environments such as campuses and small towns. They will go after the Chinese market first.

The U.S. Dept. of Transport will make a 3rd round of robocar regulations this summer. The first round was much too detailed, the 2nd round fixed that but said almost nothing. The 3rd round will probably be a bit closer to the middle, and will also deal with trucks, which were left out of earlier rules.