Ideas for air travel and how to really run an airline

Readers all know I love robocars and write about the tremendous effect they will have on our lives and cities. But a new technology, running about a decade behind but now real, is coming which could have even more dramatic effects, the e-VTOL or "flying car."

The more you travel the less luggage you want to take. Our world where a laptop and phone can almost do it all, combined with the cloud, is helping. But sometimes you have to bring stuff in checked suitcases.

When you do road trips, especially outside the USA, you learn that most cars don't have the trunk space of North American cars, not even close. You're lucky to get two rigid body suitcases in the typical small car, 3 needs a car with special capacity.

This week I attended the "Revolution.Aero" conference on advanced new ideas in aviation, including electric VTOL aircraft (often called "flying cars.") I learned that there's a lot of interesting new stuff going on in aviation, but the strong regulatory environment keeps much of it repressed.

Yesterday, Volvo got some good buzz for a concept car which included a bed for sleeping and asking the question "why fly when you can be driven?". I've written about sleeper cars before, as well as the full robo-RV, but let's put all the issues together. 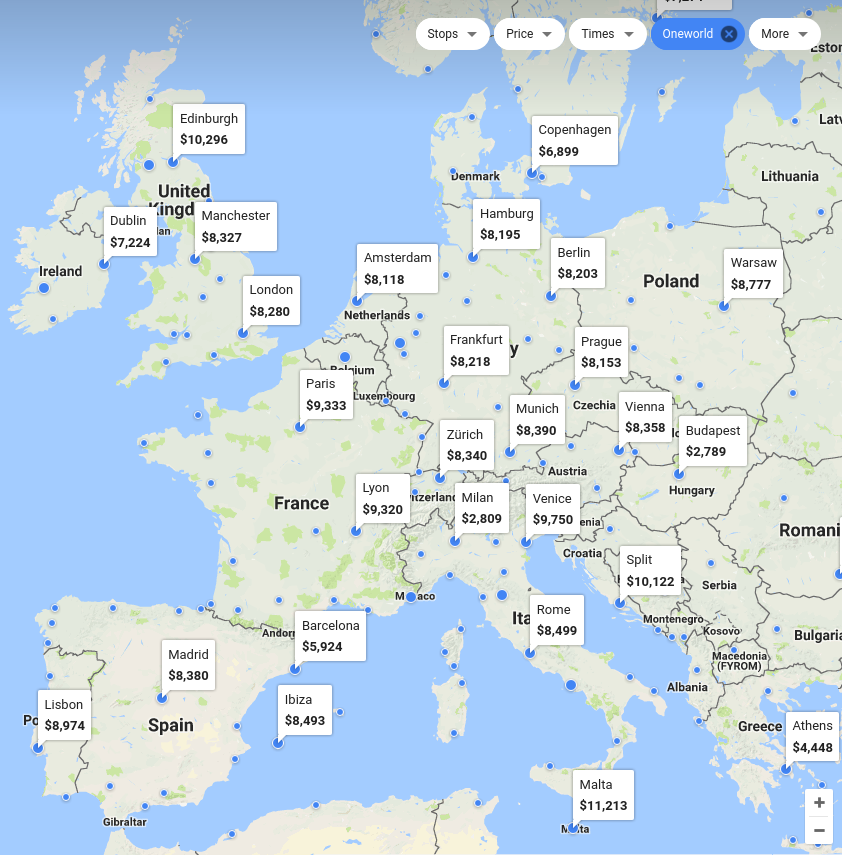 A couple of years ago I released my list of factors by which robotaxi companies might compete. Many people wonder if there will be a natural monopoly, limiting us to one or two companies per city, or if we might get more. 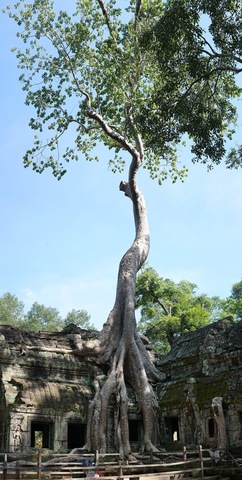 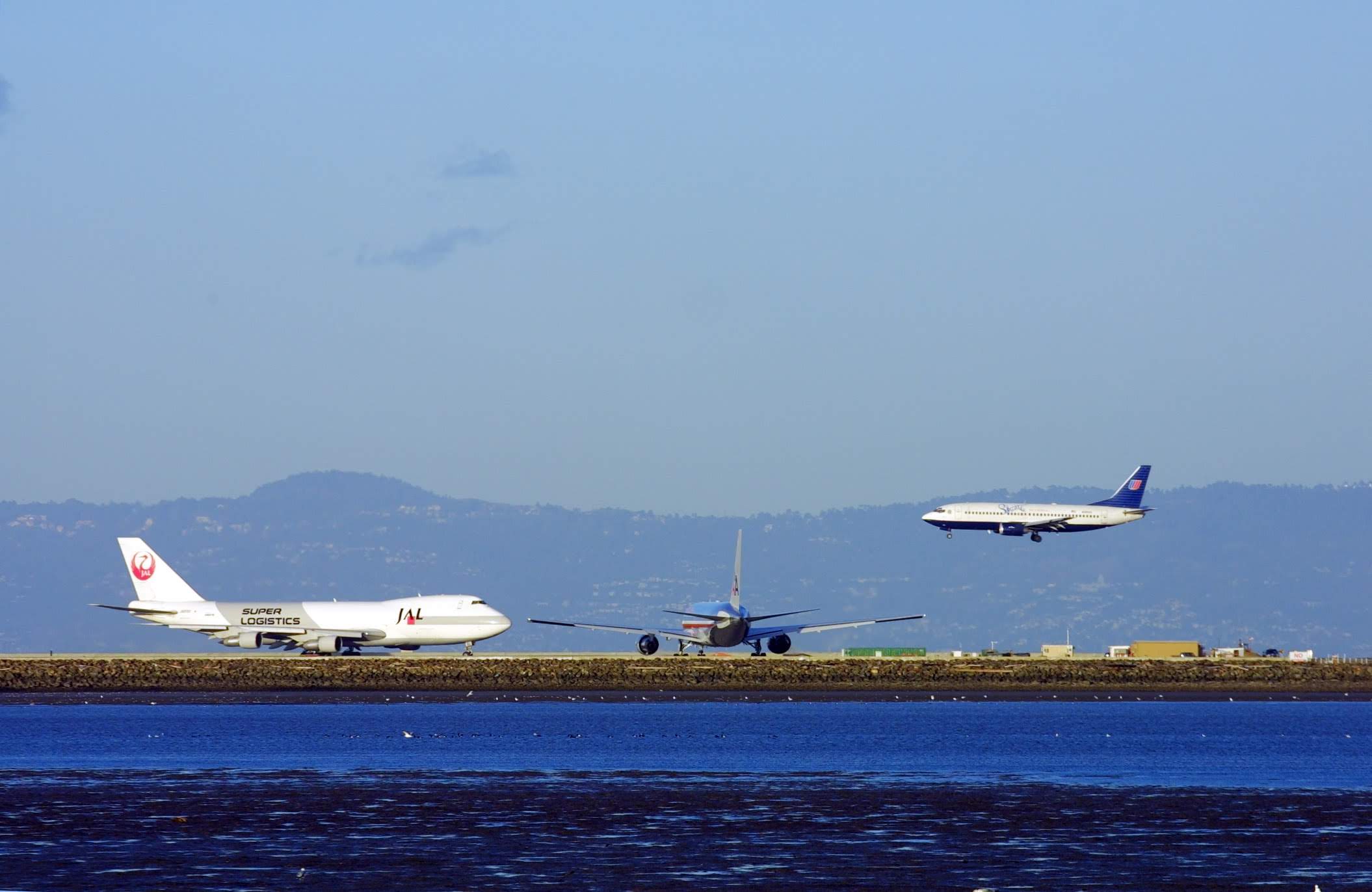 Recently the TSA indicated it is once again considering having no security on planes under 60 seats at small airports. This is controversial, of course, but many security experts think it is the right course for a number of reasons: 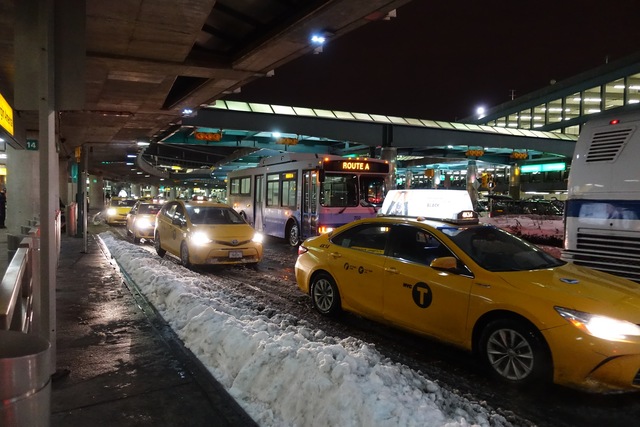 When I get off planes in San Francisco and summon a Lyft or Uber, I usually have to wait 8 to 10 minutes. That's because the airport has forced these companies to force drivers to wait in the "cell phone waiting lot" which is quite far from the terminal. When I don't have checked bags, it's OK because I know this and I summon the car while walking out of the gate, but with bags I have to wait for my bag before I can summon. 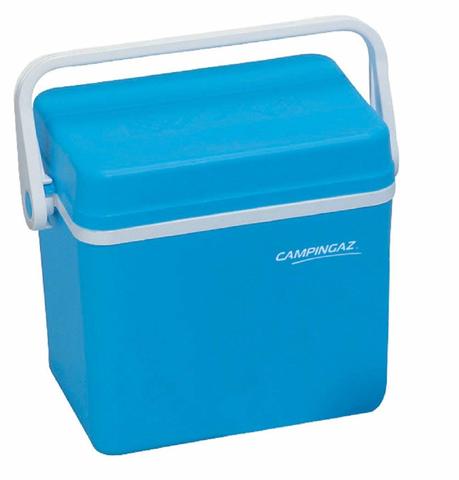 When doing a road trip, I like to have a cooler in the back of the car. This lets you have cold drinks and snacks, and also means you can shop for things that need refrigeration, particularly things like cheese in Europe. You can buy groceries at any convenient time, even if you won't get to your hotel until later in the day.

Another big plus, when you stay in hotels that have no fridge, is that you get an in-room (literal) icebox.

I hate tour groups. I hate the very rare times I am part of one, and I hate encountering them at tourist locations. And with few exceptions, I suspect most people also hate several aspects of them, other than perhaps when it's a group of family or friends. Like so much of the tourist world, I think there is immense room for improvement thanks to new communications and transportation technology. 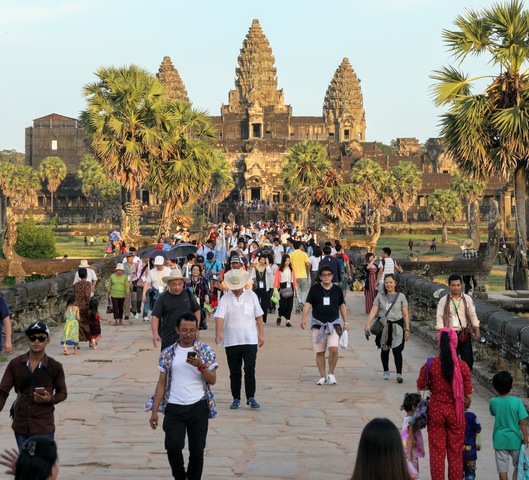 I'm off in June to do some speaking in Europe. I'm flying to Milan in business class from San Francisco for $2,800 on UA and Air Canada, which is about the lowest price I've ever seen for biz class to Europe in summer on the major airlines. The coach fare can be as low as $600 for those not able to splurge. Let me tell you how to use these fares, even if it's not Italy you wish to visit.

As a customer, the pricing plans of the car rental companies baffle me. I mean I understand about the goals for differential pricing -- finding ways to charge richer customers more money -- but still, I find it very frustrating, and I am curious why one of the majors doesn't have the courage to break out of the current pricing models and win over customers. 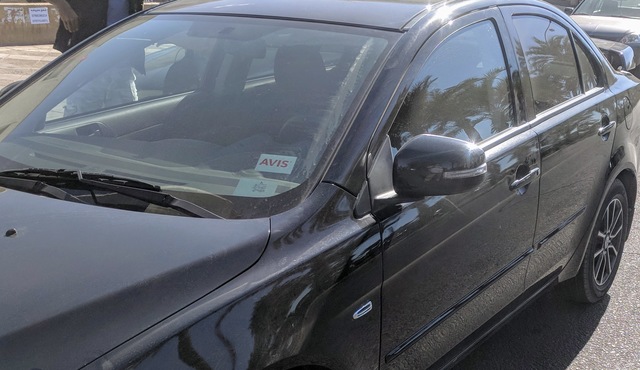 A sad reality today at most academic conferences is that it's fairly common for at least one speaker to not make it due to visa problems. This is not just true because of the USA's reduced welcome to foreigners, it happens in other places as well.

So many of the world's great sites are made much worse by the presence of "touts" (also known as hawkers, souvenir sellers etc.) particularly the ones who are pushy, constantly talking to you to advertise their wares, or even getting in your way. They can range from those who just fill the site with cheap souvenirs to those that constantly try to start a conversation with you about something else as a way of catching you off guard.

Companies are proposing a hybrid airliner with electric motors, a smaller battery, and a liquid fuel powered generator.

One advantage of this design is you can get the redundancy that safe flight needs a different way. Today all commercial airlines have 2 or more liquid fuel engines. They can still fly if they lose one.

On Nov 3 I flew on SAS from Copenhagen to San Francisco. The 11 hour flight had no food or drinks (other than water) due to a strike by the caterers, Gate Gourmet. It was actually surprisingly pleasant! (Unlike my experiences on Air Baltic which I will relate at the end of the article.)

SAS certainly could have done better. Since I checked in online I did not learn of this until, while waiting in the lounge, they announced that flights overseas would have "limited food choices." I figured that was not that big a deal, especially since I was seated in business class. On the way out I asked about it and they said that "limited" actually meant "absolutely none" and I was given a coupon, which I took to the airport 7-11 to get some sandwiches and snacks. There was a giant line at the 7-11 of course, but I made it to the flight. 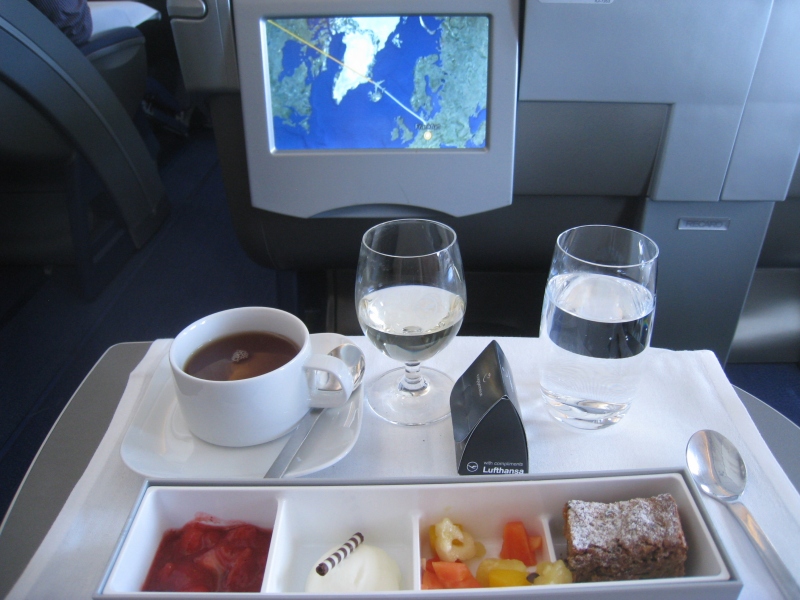 (Trigger warning: If you only fly in coach, it will seem pompous to read complaints about problems in business class. The harsh reality is that if you travel frequently for your work, spending all that time in the compressed horror of coach simply isn't an option, especially for a big guy like me. You won't be able to do your job. So I pay the extreme prices of business class because otherwise I would not travel. If you pay that much, you expect a higher quality of flight.)

While annoying, there were some fairly positive results of the experience. The flight was actually much more pleasant without all the constant distraction of food and drink service. It makes me give serious thought to the virtue of flights, even long ones, which offer boxed food and drink that you grab at the gate and take to your seat to consume when you like.