Uber and Waymo settle lawsuit in a giant victory for Uber

In a shocker, it was announced that Uber and Waymo (Google/Alphabet) have settled their famous lawsuit for around $245 million of Uber stock. No cash, and Uber agrees it won't use any Google hardware or software trade secrets -- which it of course had always denied that it ever did. 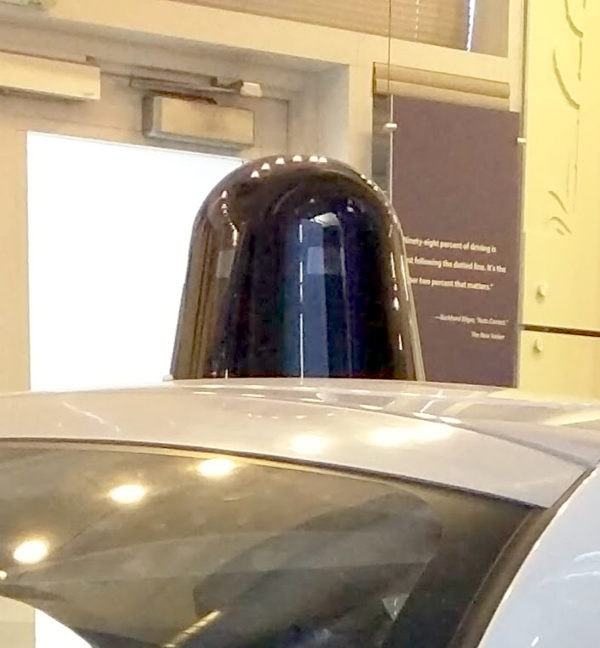 I think this is a tremendous victory for Uber. Google had proposed a $1B settlement early on that was rejected. Waymo had not yet provided all the evidence necessary to show damages, but one has to presume they had more to come that made Uber feel it settle. Of course, the cloud of a lawsuit and years of appeals over their programs and eventual IPO also were worth closing out.

What's great for Uber is that it's a stock deal. While the number is not certain, some estimates suggest that this amount of stock might not be much more than the shares of Uber lost by Anthony Levandowski when he was fired for not helping with the lawsuit. In other words, Uber fixes the problems triggered by Anthony's actions by paying off Waymo with the stock they used to buy Otto from Anthony. They keep the team (which is really what they bought, since at 7 months of age, Otto had done some impressive work but nothing worth $700M) and they get clear of the lawsuit.

The truth is, Uber can't be in a fight with Google. All Uber rides are booked through the platforms of Google and Apple. Without those platforms there is no Uber. I am not suggesting that Apple or Google would do illegal-monopoly tricks to fight Uber. They don't have to, though there are some close-to-the-line tricks they could use that don't violate anti-trust but make Uber's life miserable. You simply don't want to be in a war for your existence with the platform you depend on for that existence.

Instead, Alphabet now increases its stake in Uber. They are now more motivated to be positively inclined to it. There is still going to be a heavy competition between Waymo and Uber, but Waymo now has this incentive not to hurt Uber too much.

For a long time, it had seemed like there would be a fantastic synergy between the companies. Google had been an early investor in Uber. Waymo has the world's #1 robocar technology. Uber has the world's #1 brand in selling rides -- the most important use of that technology. Together they would have ruled the world. That never happened, and is unlikely to happen now (though no longer impossible.) Alphabet has instead invested in Lyft.

Absent working with Lyft or Uber, Waymo needs to create its own ride service on the scale that Uber has. Few companies could enter that market convincingly today, but Alphabet is one of those few. Yet they have never done this. You need to do more than a robot ride service. Robocars won't take you from anywhere to anywhere for decades, and so you need a service that combines robocar rides on the popular routes, and does the long tail rides with human drivers. Uber and Lyft are very well poised to deliver that; Waymo is not.

Uber settles this dangerous lawsuit for "free" and turns Alphabet back from an enemy to a frenemy. They get to go ahead full steam, and if they botch their own self-drive efforts they still have the option of buying somebody else's technology, even Waymo's. With new management they are hoping to convince the public they aren't chaotic neutral any more. I think they have come out of this pretty well.

For Waymo, what have they won? Well, they got some Uber stock, which is nice but it's just money. Alphabet has immense piles of money that this barely dents. They stuck it to Anthony, and retarded Uber for a while. The hard reality is that many companies are developing long-range LIDAR like they alleged Anthony stole for Uber. When they built it, and Otto tried to build it, nobody had it for sale. Time has past and that's just not as much of an advantage as it used to be. In addition, Waymo has put their focus (correctly) on urban driving, not the highway driving where long range LIDAR is so essential. While Anthony won't use the knowledge he gained on the Waymo team to help Uber, several other former team members are there, and while they can't use any trade secrets (and couldn't before, really) their experience is not so restricted.

Waymo gets an independent monitor on Uber making sure they don't make use of any Waymo IP. That will be a pain in the ass for Uber -- being monitored always is, for the bureaucracy, not the limitations -- but I can't say this is that big a win.

Gizmodo disagrees and thinks Alphabet had a bigger win.

For the rest of the field, they can no longer chuckle at their rivals fighting. Not so great news for Lyft and other players.

Overall effects of the lawsuit

While the settlement was a good outcome for Uber, don't take this as saying that the lawsuit was not damaging to them. For now, it has made it very unlikely that Uber and Waymo will partner. Uber sells rides and has the #1 brand. Waymo has what will be the best technology for providing rides. That they can't combine hurts them both, but it hurts Uber more. Uber, armed with the 2nd best (by far) technology, whether they make it or get it from somebody, will have to face off against Waymo with the best technology and whoever Waymo works with, be it Lyft or Waymo's own ride service. That is not a fight they are assured to win.

The lawsuit also played a role in the departure of their CEO/Founder. While some believe that's a net positive for Uber, it's never an easy thing. And they had to find a new head for their self-drive project.