Camera mounting -- beyond the tripoid screw and dovetail plate

For many decades, cameras have come with a machine screw socket (1/4"-20) in the bottom to mount them on a tripod. This is slow to use and easy to get loose, so most photographers prefer to use a quick-release plate system. You screw a plate on the camera, and your tripod head has a clamp to hold those plates. The plates are ideally custom made so they grip an edge on the camera to be sure they can't twist.

There are different kinds of plates, but in the middle to high end, most people have settled on a metal dovetail plate first made by Arca Swiss. It's very common with ball-heads, but still rare on pan-heads and lower end tripods, which use an array of different plate styles, including rectangles and hexagons.

The plates have issues -- the add weight to your camera and something with protruding or semi-sharp edges on the bottom. They sometimes block doors on the bottom of the camera. If they are not custom, they can twist, and if they are custom they can be quite expensive. They often have tripod holes but those must be off-center.

Arca style dovetails are quite sturdy, but must be metal. With only the 2 sides clamped they can slide to help you position the camera. It is hard, but not impossible to make them snap in, so they usually are screwed and unscrewed which takes time and work and often involves a knob which can get in the way of other things. They are 38mm wide, and normally the dovetails are parallel to the sensor plane, though for strength the plates on big lenses are sometimes perpendicular, which is not an issue for most ball heads.

It's time the camera vendors accepted that the tripod screw is a legacy part and move to some sort of quick release system standardized and built right into the cameras. The dovetail can probably be improved on if you're going to start from scratch, and I'm in favour of that, but for now it is almost universal among serious photographers so I will discuss how to use that.

I have seen a few products like this -- for example the E-mount to EOS adapter I bought includes a tripod wedge which has both a screw and ARCA dovetails. (Considering the huge difference in weight between my mirrorless cameras and old Canon glass, this mount is a good idea.)

Many cameras are deep enough that a 38mm wide dovetail (with tripod hole) could be built into the base of the camera. You would have to open the clamp fully to insert unless you wanted the dovetails to run the entire length, which you don't, but I think most photographers would accept that to have something flush. It would expand the size of the camera slightly, perhaps, but much less than putting on a plate does -- and everybody with high end cameras puts on a plate. 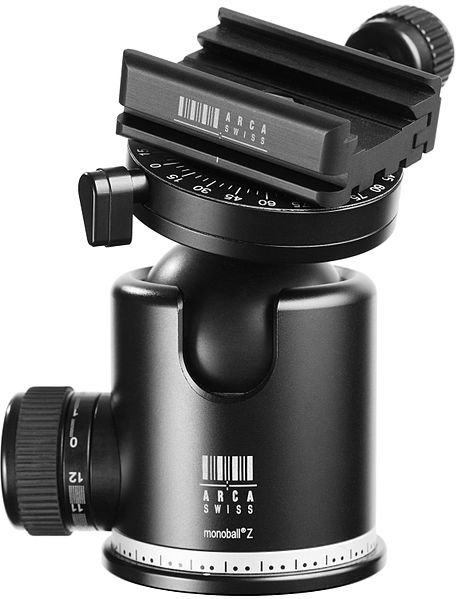 Today, though, many cameras have flip-up screens. They are certainly very handy. As people want their screens as big as possible, this can be an issue as the screen goes down flush with the bottom. If there's a clamp on the bottom, it can block your screen from getting out. One idea would be to design clamps that taper away at the back, or to accept the screen won't go down all the way.

A lot of new cameras are not 38mm deep, though. Putting plates on them is even worse as they stick out a lot. While again, a new design would help solve this problem, one option would be to standardize on a narrower dovetail, and make clamps that have an adapter that can slide in, seat securely so it won't pop when the pressure is applied, and hold the narrower plate. That or have a clamp with a great deal of travel but that tends to take a lot of time to adjust. (I will note that there are 2 larger classes of dovetails used for heavy telescopes, known as the Vixen and the Losmandy "D". Some vixen clamps are actually able to grab an arca plate, even though they are not as deep because of the valley often formed with the dovetail and the top of the plate.

It's also possible to have a 2 level clamp that can grab a smaller plate but there must be a height gap, which may or may not work.

Narrower plates would be used only on smaller and lighter cameras, where not as much strength is needed. However, here again it might be time to design something new.

For some time, camcorders have established a pattern of having a small hole forward of the tripod screw for a locking pin. This allows a much sturdier mount that can't twist with no need to grab edges of the camera body. Still cameras could do well to establish pin positions -- perhaps one one forward, and one to the side. All they have to do is have small indentations for these pins, which typically come spring-loaded on the plates so you can still use them if the hole is not there. (The camcorder pin is placed forward of the tripod hole, but often "forward" is in the direction of the rails.)

For small cameras, it would be necessary to put the dovetail rails perpendicular to the sensor, and they would be very short. That's OK because those cameras are small and light. The clamps screws would need to be flush with the top of the clamp. (This is sometimes true but not always.)

The presence of a pin would allow small, generic clamps to sturdily hold many cameras. For larger cameras, bigger plates would be available. The cost and size of plates would go down considerably.

The world also standardized on using a bigger machine screw -- 3/8"-16 thread -- to connect tripod legs to tripod heads. This is a stronger screw, but could also use improvement. The fact that it takes time to switch tripod heads is not that big a deal for most photographers, but the biggest problem is there is no way, other than friction, to lock it, and many is the time that I have turned my tripod head loose from my legs. Here, some sort of clamp or retractable pin would be good, but frankly another clamp (quick release or not) might make sense, and it could become a standard for heavier duty cameras as well.

I would leave it to a professional mechanical engineer to design something new, but I think a great system would scale to different sizes, so that one can have variants of it for small, light devices, and variants for big, heavy gear, with a way that the larger clamps could easily adapt to hold some of the smaller sizes. I would also design it to be backwards compatible if practical -- it is probably easy to leave a 1/4-20 hole in the center, and it may even be possible in the larger sizes to have dovetails that can be gripped by such clamps.

There's already a tremendous amount of engineering invested in the "Picatinny" rail mounting system (for firearms accessories). MIL-STD-1913. Something derivative of that might take quite an advantage.

There, the rail is on the gun and accessories clamp onto it. We don't want to have the clamp in the camera -- that bulks it quite a bit. You could have the rails on the bottom of a camera but then it's pretty similar to Arca, just the strange pattern.

My main goal is to make something on the bottom of a camera that doesn't take too much volume or add much weight to the camera, but which a clamp can clamp onto.