I always feel strange when I see blog and social network posts about the death of a pet or even a relative. I know the author but didn't know anything about the pet other than that the author cared.

So as I report the end for our kitty, Bijou, I will make it interesting by relaying a fun surveillance related story of how she arrived at our house. She had been rescued as a stray by a distant relative. When that relative died there was nobody else to take the cats, so we took two of them, even though the two would have nothing to do with each-other. Upon arrival at our house, both cats discovered that the garage was a good place to hide, but the hiding was quite extreme, and after about 4 days we still could not figure where Bijou was hiding. Somebody was coming to eat the food, but we could not tell from where. 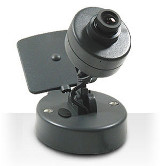 I had a small wireless camera with an RF transmitter on it. So I set it up near the food bowl, and we went into the TV room to watch. As expected, a few minutes later, the cat emerged -- from inside the bottom of the washing machine through a rather small hole. After emerging she headed directly and deliberately to the camera and as she filled the screen, suddenly the view turned to distortion and static. It was the classic scene of any spy movie, as shot from the view of the surveillance camera. The intruder comes in and quickly disables the camera.

What really happened is that the transmitter is not very powerful and you must aim the antenna. When a cat sees something new in her environment, her first instinct is to come up to it and smell it, then rub her cheek on it to scent-mark it. And so this is what she did, bumping the antenna to lose the signal, though it certainly looked like she was the ideal cat for somebody at the EFF.

It's also a good thing we didn't run the washing machine. But I really wish I had been recording the video. Worthy of Kittywood studios.

She had happy years in her new home (as well as some visits to her old one before it was sold) and many a sunbeam was lazily exploited and evil bright red dot creature never captured, but it could not be forever. 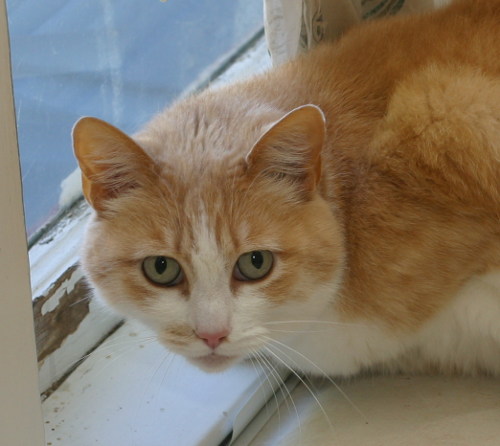 Carl and I have 2 cats, so empathize. For sure, in kitty heaven, she has captured the evil red dot creature. :)

Ah, Brad. Sorry for your loss and the manner of it. I'm ever grateful that I didn't have to make that call for my dear Rebel; I just don't know if I could have done it, even knowing it is the kindest course of action. Love to you both ...