Cranes, and rooftops, should be decorated

Look at the skyline of any growing city, and what do you see, but a sea of construction cranes. The theory is that each crane will go away and be replaced by an architectually interesting or pleasing building, but the cycle continues and there are always cranes.

My proposal: An ordinance requiring aesthetic elements on construction cranes. Make them look beautiful. Make them look like the birds they are named after, or anything else. Get artists to design them as grand public art installations. Obviously you can't increase the weight a lot, or cut the visibility of the operator too much, but leave that as a challenge to the artists. And give us a city topped with giant works of art instead of eyesores. 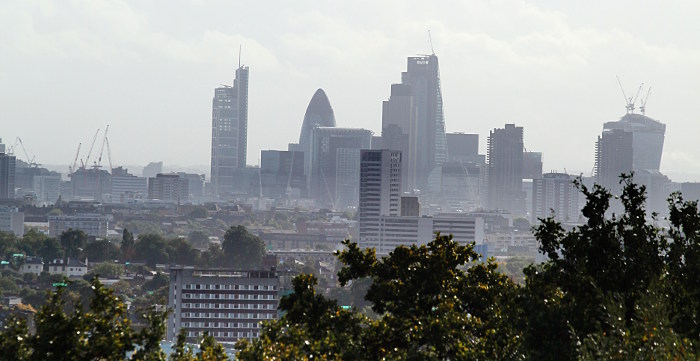 While we're building these skyscrapers, it seems to me we also don't seem to care about the aesthetics of our cities from above. The view from the towers, or incoming aircraft bringing in fresh visitors, is of ugly rooftops, covered with ugly pipes, giant air conditioners and spaces everybody imagines that nobody sees. Yet we all see them.

Compare that with many European hillside towns where everybody knew they would be seen from above. At least in the old days, the roofs were crafted with the same care as the house. Today, that's been changing, and many roofs are covered with antennas, satellite dishes and in the middle east, black water heaters. We care a lot about how our houses look from the curb, and we imagine people don't see the roof. But we do. 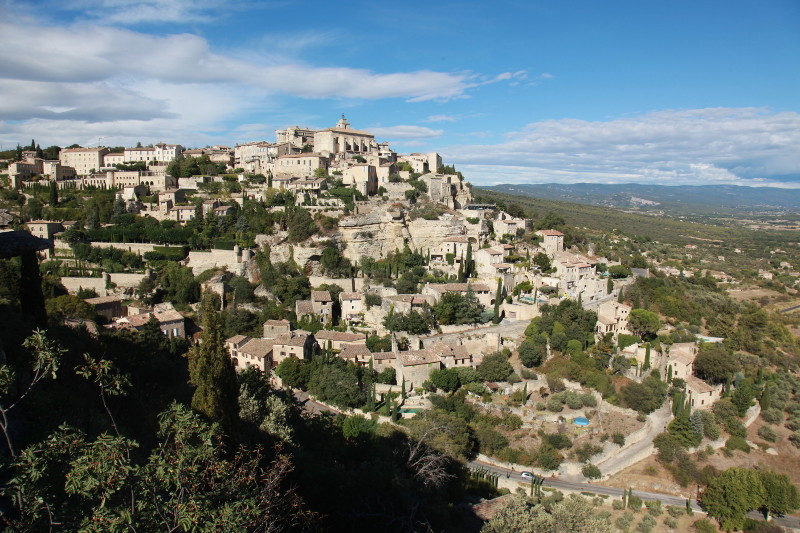 But certainly it could be made interesting at night. Though at night the cranes don't spoil the skyline the way they do in the day. In fact, even at twilight as silhouettes they become much more aesthetic than during the day. But you would need LEDs or other lights to look good. I've seen lines of lights on the cranes but they are more for night safety.

Brad, does it really sound

Brad, does it really sound like a good idea to have government force your particular aesthetic desires on everyone? Does that scale?

Not dictating the art

Actually, a huge fraction of real estate permitting is about enforcing aesthetics desires on those doing construction.

However, I did not say there should be a specific aesthetic here (though many towns and cities have that) but just that it be something beyond a bare metal truss with cables hanging off of it.

There are many places that go further, even telling you what colour your building can be -- even old houses being repainted. You can get something aesthetically controversial permitted usually (but not always) but good luck getting something with no aesthetic effort, or something looking old and cheap. One of the most extreme cases I've seen is Nantucket, which allows only one surface (weathered gray wood) and forbids any house feature not found in 19th century Nantucket houses. I am not saying every place should be like Nantucket, but that rule has its reasons and has attracted many to the town.

Look at Shanghai and many other Asian cities where I presume they just don't approve generic rectangular steel-glass towers and you have to admit it's pretty amazing.

Most skyscraper builders do want their buildings to stand out and be admired. But nobody cares about the global effect on the whole city to have truss and cables of cranes everwhere when you look at the city as a whole. Protecting the image of the city as a whole is actually not a bad role for city government.

Though I will also bet that if cranes commonly came this way, many builders would rent them on their own if the extra cost were not too bad. If they could put their logos on them if they made it artistic (and the cities do indeed regulate where you can stick advertising) they might do it without being pushed.

I prefer the top photo

I actually prefer the top photo. It looks like a modern, high-tech city. The sort of place that's filled with possibility, and that people fight, cheat, and claw to immigrate into.

The bottom looks like something from Lawrence of Arabia. A good setting for a novel or video game, but not somewhere I'd want to live and look at for more than a week.

Would you not prefer the photo of London without the cranes, or with the cranes more attractive? The photo of the French hillside town is not to say what our urban centers should look like, nor to talk about cranes, but rather ugly roofs when seen from above.

Prior to reading your post, it had never occurred to me that I should consider cranes unattractive. Cranes are cool. They come in a variety of colors and make the shape of a skyline a little more interesting by adding a few small fiddly bits here and there to otherwise boring blocky rectangles. Cranes have a fine minimalist aesthetic that perfectly suits their purpose.

I find streets kinds of ugly when seen from above - should we paint them to look like fields of grass?

You are right. The nowadays tower cranes are very ugly, but in the past they were absolutely beautiful machines. For instance, the Richier- Weitz tower cranes or C series Libherr. Tower crane have their own aesthetics , a technical aesthetics. or more accurately a aesthetics of metal constructions, something like Tower Eiffel - so they don't need decoration or lights but a beautiful shape, something in the past they had so often. Please take a look at these beauties at this internet site: http://photostp.free.fr/phpbb/viewtopic.php?f=39&t=9334&start=180