The death of parking services has already begun 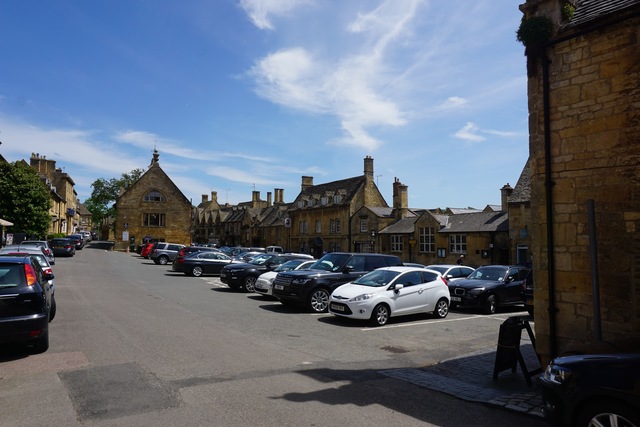 I've written a lot about parking, most notably my

This story about Uber from LA shows the first signs of his in hard reality -- bars that offer Valet parking are finding that far fewer people are making use of it. So much so that while in the past a bar did not have to pay a Valet company (they just let the valet company keep the revenue,) now they must do so.

We also saw this report on a 50% decline and this report on airport non-airline revenues -- much of which (42%) comes from parking/shuttles and 18% from rental car facilities.

What Uber has done is just a taste of what's coming. Bars are an obvious first "canary" in that not only is it easy to do the math on the high cost of valet parking, but people also know they don't want to have to drive after going to the bar.

To the few who start factoring in the cost of their own time, the equation also flipped already on trips into expensive downtowns which charge $30-$40 for parking. While Uber charges might be more than that from some distance, when you add in the cost of your time, it can already win at $2/mile. At $1/mile or 50 cents/mile, the win is huge. More people are also finding it more convenient to park somewhere just outside of downtown (for free or cheap) and catch a ride in.

If there were a way to short airport parking lots or other large parking businesses, I would start getting ready to do that. Real estate developers, starting to see this coming, are trying to convince city councils to remove the building code requirements that demand they put in tons of parking with their buildings. I have been advising my real estate clients to try to design parking lots that can be re-purposed later. With indoor lots, that's not easy, since they tend to be large windowless spaces with low ceilings that can't be turned into housing or offices. Of course outdoor lots are easier to re-purpose.

Some people have suggested that houses should scrap the garage. While I have suggested that for the future, we're not at the point where we want to do that yet. In addition, a garage is a room that's not too hard to re-purpose -- many people use it as storage and park outside. I've also imagined it as a "room of requirement" where robots can come, open the door with your remote code and deliver and remove things you need for a new function. One week it's a guest room, the next week it's a workshop, the next week an office.

According to Life at Home in the Twenty-First Century, “Cars have been banished from 75% of garages to make way for rejected furniture and cascading bins and boxes of mostly forgotten household goods.” The authors estimate that 90% of the total square footage of garages in Los Angeles is used for storage. The figures are a little dated but probably still close enough.

Were you looking in my garage?

Parking decline likely to be limited

Read the linked articles at the top

Which go into detail about why that's not correct. These vehicles never actually park -- it would be technically called standing -- but that's just one tiny part of the reasoning.

Property developers have a lot of influence and will anything to increase profit, for better or worse. The thought of saving $1000s per unit will possibly flow through all the way through to lower unit prices for new buildings in the long term.