Network neutrality in the wireless space

There's been a tremendous amount written about the Google-Verizon joint proposal for network neutrality regulation. Our commentary at the EFF offers some legal analysis of the good and bad in this proposal. A lot of commentary has put a big focus on the exemption for wireless networks, since many feel wireless is the real "where it's gonna be," if not the "where it's at" for the internet.

You may recall that earlier I wrote about support for the principles of a neutral network, but fear of FCC regulation and decided that the real issue here is monopoly regulation, not network regulation. My feelings remain the same. In wireless we don't have the broadband duopoly, but it is a space with huge barriers to entry, the biggest one being the need to purchase a monopoly on spectrum from the government. I don't believe anybody should get a monopoly on spectrum (either at auction or as a gift) and each spectrum auction is another monopoly bound to hurt the free network. 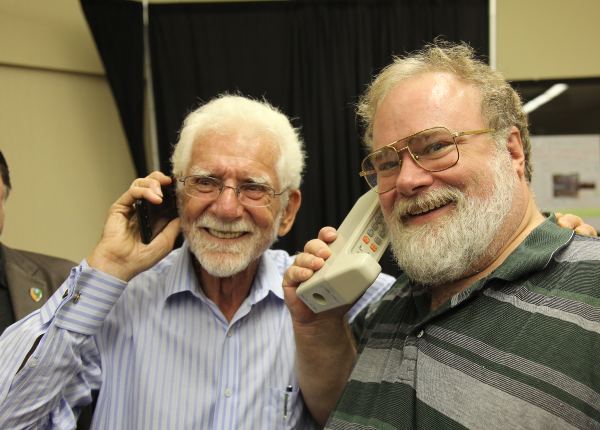 Most defenders of the exemption for wireless think it's obvious. Bandwidth in wireless is much more limited, so you need to manage it a lot more. Today, that's arguably true. I have certainly been on wireless networks that were saturated, and I would like on those networks to have the big heavy users discouraged so that I can get better service.

As I said, on those networks. Those networks were designed, inherently, with older more expensive technology. But we know that each year technology gets cheaper, and wireless technology is getting cheaper really fast, with spectrum monopolies being the main barrier to innovation. We would be fools to design and regulate our networks based on the assumptions of the year 2000 or even on the rules of 2010. We need to plan a regime for what we expect in 2015, and one which adapts and changes as wireless technology improves and gets cheaper. Planning for linear improvement is sure to be an error, even if nobody can tell you exactly what will be for sale in 2015. I just know it won't be only marginally better or cheaper than what we have now.

The reality is, there is tons of wireless bandwidth -- in fact, it's effectively limitless. Last week I got to have dinner with Marty Cooper, who built the first mobile phone, and he has noticed that the total bandwidth we put into the ether has been on an exponential doubling curve for some time, with no signs of stopping. We were in violent agreement that the FCC's policies are way out of date and really should not exist. (You'll notice that he's holding a Droid X while I have the replica Dyna-Tac. He found it refreshing to not be the one holding the Dyna-Tac.) Bandwidth is limitless both because we keep improving it, and because we can build picocells anywhere there is demand. The picocells use very high frequencies and won't go through walls. You may think that's a bug, but actually it's a feature, because you can have two picocells in different rooms that don't interfere much with each other, and get gigabits in each individual room. While wireless use is growing quickly, much of that is coming inside buildings.

In the past, having so many cells would be too expensive. But today the electronics for the cells cost a pittance compared to what old thinking predicted. And that's going to continue. This is just one way we know to get more bandwidth for everybody.

The original question was whether it was good for somebody to be soaking up the wireless bandwidth in your area downloading a movie, and whether networks needed to throttle such users. We scream out that they should, but our thinking is short-term. It is the congestion caused by these heavy users, after all, that drives the innovation and network expansion. If we can "solve" our problem with network management rather than putting in more bandwidth, then we don't create as much incentive to make the bandwidth technology cheap. If the only way we can solve the problem is to boost the network capacity to match the wired one, that's how we will solve it.

Some have argued, in fact, that it's cheaper to solve these problems with more bandwidth than it is to solve them with network management. Network management turns out to be pretty hard, and requires lots of work by human beings, and thus it's quite expensive. And it's not getting cheaper, for it is not a problem that Moore's law (or Cooper's law) helps you as much with. Boosting the network is such a problem. And if you solve congestion this way, and drive the creation of better and cheaper products, not only do you get reduced congestion but you also get a nice fast network when it's not congested. It's a huge win for the network and for the world, since everybody gets to buy the new technology, while not everybody needs the network management.

It's been popular to tell Google they are being evil by getting together with Verizon on this deal. I suspect it's more a case of not thinking about the future. Once the FCC encodes rules into law, we'll have them for decades, and even if we're lucky enough to get the right rules today, they won't be the right rules for the future. Alas, they will probably be the rules the lobbyists want.

If the FCC or FTC want to make rules, they should be monopoly busting rules. Let's have better roaming, for example, so our devices can readily and rapidly make use of the small cells. Most new phones have 802.11, so what about a system where any operator of a short-range access point can easily make it a picocell and sell service to the wireless company (now a wireless aggregator) at negotiated or auctioned rates. Most wifi hotspots would be happy to do this at very low rates (they often do it free right now) that can easily be bundled with any plan. A hotspot that wants to charge extra might only get premium customers.

A good roaming system helps enable the ethic I think is right for spectrum sharing -- "don't be selfish." Under this regime you are required to use only as much power and spectrum as you need, and if you're inside a building and there is a nice 100 megabit in-room 5ghz wireless, you should not be broadcasting to everybody for a mile around at 850mhz. Doing so is wasteful and doesn't make sense. If the FCC needs to do anything, it should slightly tweak things to encourage such good behaviour.

We're not there yet but at some point picocells will be limited by the distribution of the wired bandwidth that is installed. You can't install a picocell per room if each room isn't already wired.

Wireless carriers are actually less monopolistic than residential internet providers - at least you have a choice upfront. However, I'd still like to see lower prices if they aren't providing you with a discounted phone, no tying of voice and data plans, standardization of protocols and no locking of phones.

The tying of devices to networks has been getting worse in the last few years from my perspective - there's no 3G phone available that can access the 3G networks of both AT&T and T-mobile, for instance - but I think that technology will eventually alleviate these problems. Software radios will allow your phone to work on multiple bands and protocols seem to be moving towards standardization with LTE.