Is there a limit on how much advertising can make?

In my article about how advertising won't pay for robotaxi rides I hinted at one surprise source of the problem. Maybe advertising can never be very valuable. 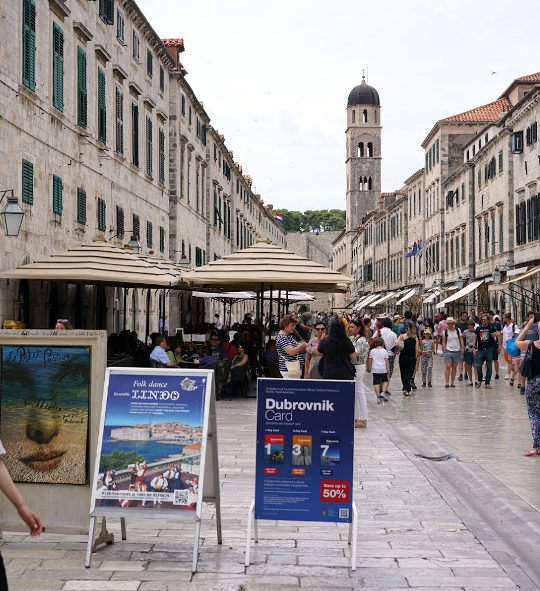 Right now, the most popular type of advertising, makes about 60 cents for one hour of TV watching. This is with what's known as a $20 CPM (cost per thousand.) Thats 2 cents per ad shown to a person, and an hour of TV has around 15 minutes of ads, or 30 spots.

Remarkably, most of the other media get similar results in terms of time spent in the medium, and ad revenues. The one main exception is print media, that gets about 3 times the revenue per hour of use. Radio, Mobile and internet are similar to TV. Here's a chart mapping time spent and ad revenues of the different media.

The first thing I noticed was it's not a very good deal. I watch a 45 minute TV show with 15 minutes of ads, and they sell my attention to the advertiser for just 60 cents? $2.40/hour for the time I spend staring at ads? That's a fraction of minimum wage. It's why I and many others prefer commercial-free pay TV, or use DVRs to fast forward.

It isn't a fixed number. The Superbowl can pull a $50 CPM because people are paying more attention to the commercials than to the football. Media aimed at rich people or business audiences can pull much higher rates because the products they sell are very expensive. A few special types of ads break the mold, like timeshare presentations. They do it by tricking people who almost all come to regret their purchase.

Put simply, if an advertiser pays a fee to present me ads, that only happens if they get more value in return. That is to say, the ad must make people more likely to buy or love their products and show a return on the bottom line. In other words, an ad must modify, or we might say "manipulate," the target's buying choices. They must buy, or keep buying, something they would not otherwise have bought. If not, it's just not economical.

Some advertising works to inform rather that simply manipulate. But we all have better and better sources of information these days that we need the informational value of ads less than we ever did. This pushes them more to their purpose of molding opinion and manipulating buying choices.

I will contend that being manipulated to buy something different has negative value for you. Not just because you might buy the wrong thing, but also because the price of the advertising must be now built into the product and paid for by you.

As such, we now might not think of the $2.40/hour as a low wage, but rather the reverse, a low penalty.

What if advertising got better at its job. The price would rise. Sponsors might pay 10 cents to show you an ad instead of 2 cents. But if they do, it has to start taking more from you. The more it costs the sponsor, the more it costs you.

This puts a limit on what ads can make. When the cost of ads is low-grade, we tolerate it, and the psychology of our brains is easily seduced by things that have the illusion of being free. We certainly think of them as easier to try -- there is so little visible friction on consuming them, which is good.

But build that negative cost over a certain threshold and the target will resist.

It has been the holy grail of the advertising world to make advertising more effective. In particular to make it better targeted. Most ads are wasted, shown to people who have no interest. This wastes their time, but does not manipulate their buying choices (at least not immediately.) People seek to "fix" that -- show ads only to people who are looking for them. The classic victor there is Google with search ads. You are searching for widgets, you get ads for widgets. Google also demands that people find the ads relevant -- if people don't click on them, Google won't run them, since Google only gets paid if people click.

Google does very well in terms of revenue (CPMs in an amazing $80 range, down from a peak of $120, but up from more TV-like early years.) Google wastes very little of your time on those ads, which people like. Since you don't spend super long on the search page, Google does get excellent returns on time, yet if you measure all the time people spend online, it comes down to similar amounts per hour, with Google and Facebook getting disproportionate shares.

I've always felt ads on Google search are examples of advertising at its best. Other examples of that are Superbowl ads and movie trailers. Google gets to advertise to you when you've declared a desire to look for something, it is reasonable and uncreepy to see ads at that time. If later, when you are going to a random web site, Google shows you ads for Iberia airlines because you expressed interest in travel to Spain -- which it does -- that's creepy and often unwanted. (In fact, as I wrote earlier, it can be more unwanted than non-personalized ads.

Nonetheless, Google's very high CPM provides evidence against the theory that there is a limit to how high CPMs can go. Every person who clicks on a Google ad is making a conscious choice to be influenced by advertising, which may negate the negative value.

What if ads could get extremely "efficient?" What if they delivered you so well to advertisers that advertisers would pay 25 cents, or a dollar, or even $300 to promote to you? That does happen in the selling of Timeshare vacation properties. Timeshares are a terrible buy. Aftermarket trading sites for timeshares typically sell "used" contracts for 1/3rd or less of the price paid in those sales pitches by suckers. That margin is so fat that they will spend $300 to get you into the presentation. Free food always, but often a free trip with perks. For some reason, perhaps innumeracy, people fall for the terrible value proposition, and pretty much always regret it -- especially if they find the resale markets. Of course you can't compare the full sales meeting with the more normal advertising used to get you into the session, but this is an example of what can happen if advertising becomes too effective. You're paying for it both because it's built into the price, and because it convinced you to do something you would not have done on your own -- particularly if it convinces you to buy something you would not have bought if you just did more independent research on what to get.

My theory is there is only so much of this negative that people can tolerate. That the amount we do tolerate today is due to our being manipulated, because they take advantage of "bugs" in the human psyche that are well studied by marketers, economists and game theorists alike.

My hope, far from realized today, is that we'll get more and better sources of unbiased information about products and they will become easier to use. I do use such sites today, like Yelp and Tripadvisor, but they still have their problems, and are so full of review spam that you need to use tools like Fakespot on anything with good reviews. But that seems harder than I hope.