Time for phones to have replaceable shock corners and more battery

Everywhere I go, a vast majority of people seem to now have two things in associating with their phone -- a protective case, and a spare USB charging battery. The battery is there because most phones stopped having switchable batteries some time ago. The cases are there partly for decoration, but mostly because anybody who has dropped a phone and cracked the screen (or worse, the digitizer) doesn't want to do it again -- and a lot of people have done it.

While there is still a market for the thinnest and lightest phone, and phone makers think that's what everybody wants, but I am not sure that is true any longer. 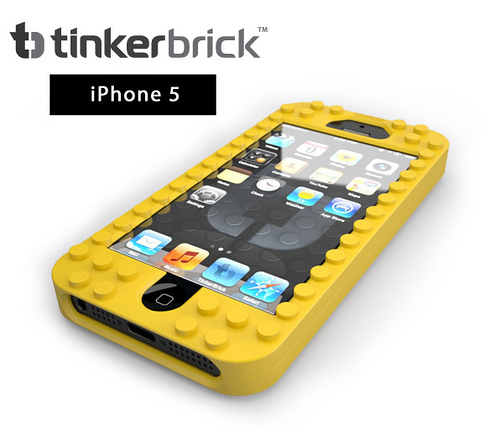 When they make a phone, they do try to make the battery last all day -- and it often does. From time to time, however, a runaway application or other problem will drain your battery. You pick your phone out of your pocket in horror to find it warm, and it will die soon. And today, when your phone is dead, you feel lost and confused, like Manfred Mancx without his glasses. Even if it only happens 3 times a month it's so bad that people now try to carry a backup battery in their bag.

One reason people like the large "phablet" phones is they come with bigger batteries, but I think even those who don't want a phone too large for their hand still want a bigger battery. The conventional wisdom for a long time was that everybody wants thinner -- I am not sure that's true. Of course, a two battery system with one swappable still has its merits, or the standardized battery sticks I talked about.

The case is another matter. Here we buy a phone that is as thin as they can make it, and then we deliberately make it thicker to protect it.

I propose that phone design include 4 "shock corners" which are actually slightly thicker than the phone, and stick out just a few mm in all the directions. They will become the point of impact for all falls, and just a little shock buffer can make a big difference. What I propose further, though, even though it uses precious space in the device, is that they attach to indents at the corners of the phone, probably with a tiny jeweler's screw or other small connection. This would allow the massive case industry to design all sorts of alternate bumpers and cases for phones that could attach firmly to the phone. Today, cases have to wrap all the way around the phone in order to hold it, which limits their design in many ways.

You could attach many things to your phone if it had a screw hole, not just bumper cases. Mounts that can easily slot into cars holders or other holders. Magnetic mounts and inductive charging plates. Accessory mounts of all sorts. And yes, even extra batteries.

While it would be nice to standardize, the truth is the case industry has reveled in supporting 1,000 different models of phone, and so could the attachment industry.

While not worthy of a blog post of its own, I was amused to note on Sunday that Oscars were won by films whose subjects were Hawking, Turing, Edward Snowden and robot-building nerds. Years ago it would have been remarkable if people had even heard of all these, and today, nobody noticed. Nerd culture really has won.

You can try either of these products to make your own corner bumpers...

If you want a small threaded hole for attaching things, this is not hard to make with a small drill press and tap. It can be surprisingly strong on phone with a suitable thick, flat metal edge like an iPhone5.

Not quite sure how you can use this stuff to make a bumper that only goes on the corner. It has to hold on to something. It is not hard to get cases for almost any phone out there. The number of iPhone cases is truly staggering. But they have to wrap around the entire phone in order to hold the phone.

Both the above products will stick phone housing as long as it is clean, degreased, and roughened prior to application. Alternately, if you wanted a mechanical connection you could drill and tap holes on each of the corners (or the surfaces adjacent to the corners) and attach molded bumpers to those holes.

But in general people want it to look good and be functional. I suspect there are better shock absorbing designs than a wad of suguru, but more to the point, there is a large industry dedicated to designing, and making cheaply, things for our phones like this. The phone should come with some (or at least with corners that have a small hole that a rubber foot can be squeezed into or screw hole.) I am just pointing out how much the phone makers seem to ignore the fact that people are attaching their phones to all sorts of things -- not just case, but selfie sticks, car mounts, charging plates and other stuff they would come up with if they could do it.

"The case is another matter. Here we buy a phone that is as thin as they can make it, and then we deliberately make it thicker to protect it."

Lots of people simply like the personalization they get from adding different cases. Remember all the aftermarket add-ons for Nokia phones that had easily swappable outer cases? Even with a thicker, more durable phone, a whole lot of people would still put a case on it to personalize it.

In this regard, it actually makes sense for the manufacturers to make the phones as thin as possible. Then when someone adds a case to personalize it, it'll still be relatively slim.

Of course what the manufacturers do to reduce thickness is give up some durability, but then that's a reasonable tradeoff if the owners are expected to add cases, which brings some durability back.

From both a manufacturer's standpoint and a product standpoint, a thinner phone with an optional case (in all their wide variety) is a lot more flexible than a thicker, more durable phone that has no means of being slimmed down.

FWIW, I personally don't uses cases on my phones. I'm careful with them, and haven't dropped or otherwise damaged them (exercising the care that befits a $650 ultra-portable computer). As a result I get the benefit of a less bulky phone in my pocket. Also, I use a leather "holster" in my pocket to protect my phone from being scratched by my keys. These are surprisingly uncommon.

As for battery capacity, I think we're just currently in a phase similar to when laptops only had about four hours of battery, and people would carry spare batteries with them. Now laptops commonly have eight or more hours of battery, even while being slimmer and lighter, and anyone who needs a computer with an extra, swappable battery is an edge case. At some point phones are simply going to stop getting much thinner, and then battery life will start to go up again.

Yes, some have them for decoration. But I have dropped and ruined my $650 ultra portable computer, and while I try to be careful, I have dropped my new one a few times (but its case has protected it.) It happens, as is evidenced by all the cracked phones out there.

A slim case with mounting holes would, as I have said, let everybody get what they want. Thin phone, or accessories to decorate or protect it without forcing the case to wrap all around the phone.

That's essentially what the "bumpers" were for the iPhone 4 and 4S. They proved to not be very popular, compared to full wraparound cases.

Personally, I wouldn't care for an un-cased phone with holes in it. I'll take a phone with a slightly smaller interior volume and a smooth, unbroken exterior surface, instead, thanks.

Just MHO, but I think more of the broader public would be with me on that, along with not finding knobby protective corners on their phones very attractive.

"Well, you could just use the mounting holes to attach a more attractive case that goes all the way around... the... Oh. Nevermind."

In my model, the phone would come with smooth (flush) bumpers mounted in the mounting holes. So you would not really even know about it, other than that does add very slightly to the bulk of the phone because a few cubic mm are the bumpers. Flush bumpers protect you if you drop on a corner, but not flat on its face.