The Bitcoin Bubble and the real value

I think Bitcoin is an amazing and valuable technology, but I just sold what I had at $11,000 because that price is crazy. Others think it will go much higher, and it might, but I believe this will be viewed as one of the great bubbles of history, and here's why... 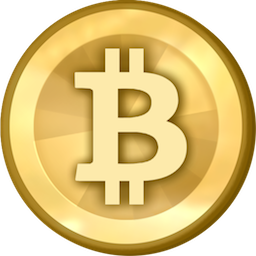 People bid it up because it was designed that there would never be more than 21 million bitcoins mined. Right now they are mined at a rate of 1800 coins per day (almost $20M) but that rate gets halved about every 4 years, creating the limit. With this limited supply, the more valuable people think bitcoins are, the more they go up. Unlike dollars, which actually drop in value because the US government just prints more all the time, particularly if they get more valuable.

The problem is that while there is a fixed number of "bitcoins" (the coin) there can be an arbitrary number of "Bitcoins" -- cryptocurrency systems similar to or identical to the primary Bitcoin. In fact, there are already hundreds of them. Some of them, like Ether and Bitcoin Cash (a fork of the original Bitcoin) already have quite a lot of value.

So if bitcoins get ridiculously valuable, there becomes a strong incentive just to create another system. Either a a fork, an identical but distinct clone, or an altcoin which still provides the same core functions and possibly more. Those looking for Bitcoin's value as a currency will be able to easily get it in an arbitrary number of other places. The only thing special about Bitcoin prime will be that it was the first. That will keep it more valuable, but it is an arbitrary value -- it's valuable because it's the most famous.

One reason a clone can happen is there's a ton of obsolete mining equipment out there. People mining bitcoin today (and getting that $20M/day) have to do it with the very latest mining equipment. Year old equipment is close to useless. But it would be quite useful for a clone of Bitcoin using the same proof-of-work system. As soon as some clone coin gets a critical mass, it will be simple for tons of mining power to move over to it and create trust in it. (As that trust and value grows, the new mining equipment will also move there.)

People will also create automated exchanges between the coins. This means, from a user standpoint, for somebody using them as currency, it will be possible to use them interchangeably. If a merchant wants Bitcoin 1 and you have Bitcoin 2 or Bitcoin 3, it will be easy for your app to quickly convert them at the going rate. It will also be easy for merchants to take them all, as long as they have reached some level of stability. Almost all merchants that take bitcoin today convert them immediately to local currency, though that's been a mistake at today's bubble prices.

What price is real?

This is a very hard question to answer. Some people throw out that they think Bitcoin will get to $1M. Consider that this means all coins are worth $22T, which is not far off from the $37T of the M1 Money Supply -- all the liquid cash in the world, and 1/4 of the total supply of all money in the world in all currencies. Bitcoin would need to replace all the currencies of the world, with no competition from other cryptocurrencies, to get to this value as a currency. But, as I said, people are treating it as a store of value.

Note as well that there's under $8T of gold in the world, and only $77T of stocks in the world.

Bitcoin gets value as a currency, however, just based on the hope that others will take it as valuable when you spend/sell it. The US dollar, on the other hand, has value because people are required to pay all taxes in the USA and its states in US dollars. This guarantees there will be demand for $US as long as that economy is reasonably strong and they don't print them at an insane pace. Bitcoin's inherent value is simply that it is a more useful type of money -- with easy electronic transfer and stronger privacy. But it has no monopoly on that and that should cap its value.

Of course, I said all these things when bitcoins were $200. If you took my advice and stayed out, you lost out on a great investment. That's always the way in greater fool bubbles. People are making money, but they're not making it because something valuable is being bought and sold, they are making it because of speculation. Caveat emptor.

There's another bit here to consider...

Bitcoin isn't much use as a currency any more. The fees are too high and keep rising.

Money quote from this article: "Daniel Sim, 37, owns Lean Crust Pizza in Clinton Hill and said that in 2013, as Bitcoin was riding a wave of media attention, the restaurant averaged about 15 to 20 Bitcoin transactions a week over a six-month span. However, among the six or seven businesses his family owns in the area, Sim has seen only about three Bitcoin transactions during all of 2017."

But if Bitcoin Prime (or a popular Bitcoin beta or gamma) continues to have the latency issues many have complained about, how will the exchange be able to operate in a timely fashion?

Bitcoin needs to fix that to become a more serious currency, regardless of how many variants there are. But in reality, modest transactions don't need to wait for confirmation. The risk of non-confirmation is quite small.

Typo or am I misunderstanding something?

Is there NO use for obsolete mining equipment, other than perhaps a nearly identical but 'lighter' new currency?

I realize that the Antminers are ASICs, but is there really no significantly different use for them?

They are very good at calculating the hash. So you could use the chips for cryptographic signature checking but they would be vast overkill, and also use far too much power, so I can't even see that. Their purpose is to mine bitcoin.

I am thinking that with all

I am thinking that with all this obsolete hardware, someone, somewhere should find a *useful* application that is uniquely sped up or optimized through all this hardware.

There has got to be *something*.

If you made the hardware more general purpose, it would be slightly lower performance at hashing for bitcoin, and people would buy a different one. So good luck.

I understand. My question is

I understand. My question is, what other application can make use of existing, obsolete hardware? I grasp that it was an ASIC, but this much hardware laying idle, what are some RETROACTIVE applications that can be created to make use of it?

What’s ur current view on the

What’s ur current view on the future for Bitcoin?