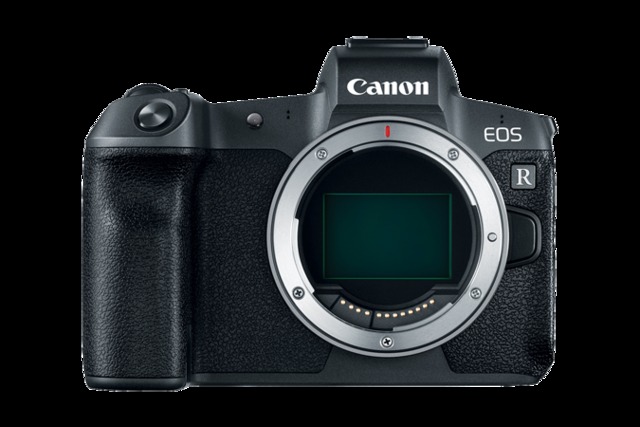 Canon has finally released a higher-end, full frame mirrorless camera. Nikon also released theirs a few weeks ago. Canon had seriously botched their entry into APS-C (smaller sensor) mirrorless with the M series. Nikon did a better job. Sony took ownership of the full-frame mirrorless space causing many, including myself to switch, even though their cameras were far from perfect.

Here is a semi-review of the Canon Eos R system. I haven't seen it in person yet, so my impressions come only from articles like this. Reportedly Nikon's camera has done a better job of competing with Sony's top camera, the A7RIII.

For years, the big camera companies, Canon and Nikon, who handled the switch from film to digital very well, have not done very well with mirrorless. In a classic case of the innovator's dilemma, they have not been willing to put out new-technology cameras that are the best they can possibly be, because they would eat into the cash cow of the mainstream cameras.

It's a hard instinct to break. Of late, they have also had to face the death of the market for cheap pocket cameras as cell phones got good enough to meet those needs with so many customers. There is still competition in the "high end pocket" camera market.

The more serious you are about photography, the more you want from your camera. But the new generations of small, light cameras that are very good, but not quite as good have made serious photographers wake up. We now resent all that size, weight and cost much more than we did when the choice was really obvious.

In fact, many of us end up buying different sizes of cameras for different trips. I used to have full frame DSLR, but now I have full frame mirrorless, APS-C mirrorless, pocket point-and-shoot and cell phone. No matter which I carry (well, I always have the phone) I often hanker for the small one and of course sometimes for the larger one.

Mirrorless, however, provided a clear nearly universal win. You could get smaller and lighter while maintaining the highest quality. Everybody but those wed for life to optical viewfinders wants that, and does not like that Canon has refused to give it.

Their new EOS R, as the review states, is quite a step up, but doesn't match their top prosumer 5D-IV (or of course their full-pro still and video cameras.) The review compares it to the mid-grade enthusiast 6D line. That's silly, and smacks of the old thinking.

In high end cameras, lenses are very important and most shooters will spend more on lenses than the $3000 they might spend on a high-end body. They also keep those lenses from body to body.

With mirrorless, without a mirror in the way, you can mount the lens much closer to the sensor. That helps a lot with the design of wide angle lenses in particular. It does mean that your old SLR lenses can't go on your mirrorless mount without an adapter. The extra space means you can also make adapters for almost every kind of SLR lens out there.

Since your current customer base all has old SLR lenses, you need adapters. So far, every company has chosen to have the adapter be relatively expensive. Canon's adapters start at $199. This is another mistake. They should put all the intelligence needed to control older lenses in the camera, so that the adapter need only be mechanical and pass-through for electrical. (The RF mount uses 12 pins instead of 10, so this could easily be done. I'm surprised they didn't just drop to a simpler 4 pin serial connection like most digital interfaces these days.) As such the adapters could be very cheap, so that photographers can buy one for every lens, making it easy to change lenses.

Canon decided to not make it compatible with their Eos-M series. That probably makes sense, but I will say that it is nice that with Sony, I can put their APS "E" mount lenses on my "FE" mount full frame, and vice versa. For example, my 200mm FE lens is big and heavy and I don't like to walk around with it unless I make a strong decision I need it. But sometimes I say, "Just in case I need a long lens" I put the E mount 210mm lens in, which is about 1/3rd the weight and size. Sure, it's not as good, but it can get those long shots decently.

On the other hand, my FE primes, while heavier than E primes, are not so big and can be carried even on a trip where I've decided to keep weight down and stick with APS-C. Though the new RX-100 VI, which has a 28-200 field of view in a P&S, may change me if I buy it.

Photographers have always traded off size for quality. But as the smaller sizes improve, they've shifted smaller. It's very rare to see people carrying bulky "medium format" equivalent cameras. The high end full frames deliver images superior to what those delivered long ago. The 40 mpix images are only needed with the very largest of prints (or my zoomable panoramas) or occasionally for crops.

Camera companies need to start looking at every size and saying, "What's the very best camera we could make at this size and weight?" Without concern for the fact that people might get driven not to buy the larger one because of it.

As I noted in my article on computational photography and the Light L16, high end cameras should not be outdone by lower end ones (or cell phones) when it comes to computational photography. Computational photography can allow cheaper and smaller hardware to get results that rival or even beat the more expensive gear. Unless I am doing rapid shooting, every shot should be taken multiple times, and later software should decide to throw away the extras if they add nothing. (They can even do it when the camera is finished charging the battery.)

I think we might also be approaching the day when it's cost effective to bind sensors to lenses semi-permanently. I described this a decade ago in this article. This would let photographers have equipment of varying size in their kit, and get rid of the dreaded sensor dust, which has always been a bane for removable lens cameras. I almost always carry an air blower now, and when I don't, I regret not carrying it, or I regret not noticing the spots until later. (Cameras should detect those spots automatically and warn you.)

Over the years in my Photography category I have put out many wishes for obvious features in the new cameras. Bluetooth. Better audio. Better mounting -- and many more. But the new cameras keep looking very much like the old cameras, and that's not going to be sustainable forever.

You have a lot of great thoughts but the base premise is wrong.

This isn't canon's "high end" mirrorless. It's not supposed to compete with the A7Riii.

This appears to be a mid range like the 6d. The high end isn't out yet, and if its thought the mid range is good enough to be considered against the A7rIII, then the high end canon's probably going to be amazing.

In addition, the canon adapter is only $99. The 199 option is the one with the programmable control ring. I have the $99 one. It's cheap, and works great.