Therapy session for somebody with real family issues

On the lighter side, the other day I was daydreaming how a conversation about her family might go with a famous character... You'll probably guess who fairly early in, but it's pretty strange to read it like this:

Therapist: So, I'm told you have had some serious issues with your family? I'm here to help.

T: Did something painful happen recently?

P: My son murdered his father, my ex.

T: You son murdered his father! Is he in prison?

P: Not going to happen, he's too highly placed. 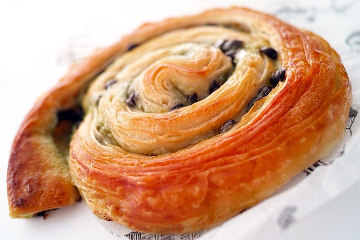 T: Others in your family have done this?

P: You might say that. There are bad stories about everybody in my family.

T: Surely you had a good relationship with your mother?

P: I never met my mother. She died just as I was born.

T: How terrible. Death in childbirth is so rare in the modern era.

P: She didn't die in childbirth. I am told my father choked her.

T: Your father! So he went to jail?

P: Too high up again. Not that I knew him well, either.

T: Did he not raise you?

P: No, I did not meet him until I was an adult, and then only twice.

P: Our first encounter, he had me tortured. Come to think of it, that's also what he did the second time.

P: He didn't know I was his daughter. Then his boss killed almost everybody I ever knew to get at me. If my brother and his mentor had not rescued me...

T: You have a brother? Perhaps that relationship is better?

P: A bit, though I never knew him until he showed up that day. That's kind of a pattern.

T: Did your brother know any of your relatives?

P: He has a daughter, but she doesn't know him, I think. He also lived with our grandmother's ex husband for a while. Until my father's men killed him.

T: More killing? What about your grandmother?

P: Oh she died long ago. After my father was bought out of slavery by that mentor, they left her behind and enslaved. It didn't end well for her, I am told.

T: So sorry for her. This mentor, he rescued your father from slavery? I did not even know slavery was still around.

P: It is, but nobody seemed to care. Yes, he rescued him. Of course he cut off his arms and legs much later, after he choked my mother. But then my father killed the mentor when we were trying to escape him and his boss. He gave his life for us.

T: That sounds noble at least.

T: What about your brother's daughter. She doesn't know him?

P: No, he abandoned her and she was living as a scavenger when we found her. My son, her cousin, was after her.

T: What was it like when the cousins met?

P: Well, it started with torture and mind-rape.

T: I don't know how you bear it. Is your brother still a good man, in spite of all this?

T: He hasn't killed any members of your family, has he?

P: No, but I have to admit he's killed hundreds of thousands of people.

P: He did it to save me and many others, but it happened. But to be fair, my ex-husband did it twice, later. At least my father's boss, the one who killed the millions, was among them.

T: What was it like when your father and brother met?

P: Not good. First time, he tried to shoot him down. Next, he hunted my brother down and they fought. He cut off my brother's hand.

T: At least that must have taught your brother to keep away

P: No, he went back to him. My father then delivered him to his boss.

T: The one who killed everybody you knew?

P: No, the boss of that guy. This one killed even more. He then tried to kill my brother.

P: No, my father had 2nd thoughts and fought his boss. The both died in the fight. If not I wouldn't be here.

T: Ah, so your father killed no more?

T: There must be others. What about your mother's parents?

P: Never heard anything about them.

T: And your father's father?

P: Nothing there either. In fact, the rumour I heard was that my grandmother, the slave, kept claiming that she was a virgin.

"And we call ourselves…"

"And we call ourselves… the Aristrocrats!"