Whose call is it to say what's legal?

As many of you will know, it's been a tumultuous week in President Bush's battle to get congress to retroactively nullify our lawsuit against AT&T over the illegal wiretaps our witnesses have testified to. The President convinced the Senate to pass a bill with retroactive immunity for the phone companies -- an immunity against not just this but all sorts of other illegal activities that have been confirmed but not explained by administration officials. But the House stood firm, and for now has refused. A battle is looming as the two bills must be reconciled. I encourage you to contact your members of congress soon to tell them you don't want immunity. 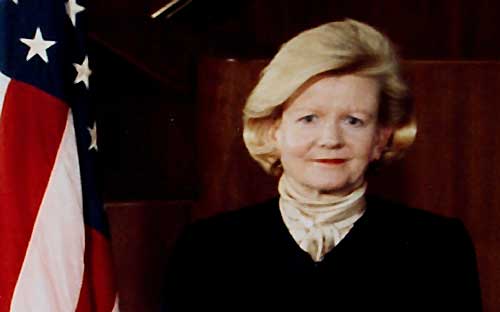 And here, I'm going to outline in a slightly different way, why.

I've talked about the rule of law, and the problems with retroactive get out of jail free cards that "make it legal." But let's go back to when these programs started, and ask some important questions about the nature of democracy and its checks and balances.

The White House decided it wanted a new type of wiretap, and that it wouldn't, or most probably couldn't get a warrant from the special court convened just to deal with foreign intelligence wiretaps. They have their reasoning as to why this is legal, which we don't agree with, but even assuming they believe it themselves, there is no denying by anybody -- phone company employees, administration officials, members of congress or FISA judges -- that these wiretaps were treading on new, untested ground. Wiretaps of course are an automatic red flag, because they involve the 4th amendment, and in just about every circumstance, everybody agrees they need a warrant as governed by the 4th amendment. Any wiretap without a warrant is enough to start some fine legal argument.

In the USA, the government is designed with a system of checks and balances. This is most important when the bill of rights is being affected, as it is here. The system is designed so that no one branch is allowed to interfere with rights on its own. The other branches get some oversight, they have a say.

So when the NSA came to the phone companies, asking for a new type of wiretap with no warrant, the phone companies had to decide what to do about it. The law tells them to say no, and exacts financial penalties if they don't say no to an illegal request. The law is supposed to be simple and to not ask for too much judgment on the part of the private sector. In this situation, with a new type of wiretap being requested, the important question is who makes the call? Who should decide if the debatable orders are really legal or not? 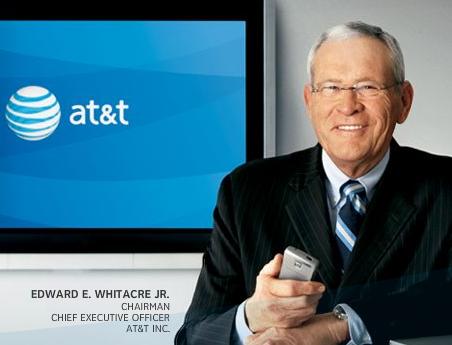 There are two main choices. Phone company executives or federal judges. If, as the law requires, the phone company says "come back with a warrant" this puts the question of whether the program is legal in the hands of a judge. The phone company is saying, "this is not our call to make -- let's ask the right judge."

If the administration says, "No, we say it's legal, we will not be asking a judge, are you going to do this anyway?" then we're putting the call in the hands of phone company executives.

But it must be understood. Even if you feel this program was necessary for the security of the nation, and was undertaking by patriots, this was not the only decision the phone company made. We're not suing them because they felt they had a patriotic duty to help wiretap al Qaeda. We're suing them because they took the decidedly non-patriotic step of abandoning the checks and balances that keep us free by not insisting on going to either a judge or congress or both.

Officials in the three branches take a solemn oath to defend the constitution. Phone company executives, as high minded or patriotic as they might be, don't. So the law was written to tell them it is not their call whether a wiretap is legal, and to tell them there are heavy penalties if they try to make that decision. Those who desire immunity may think they are trying to rescue patriots, but instead they will be rewarding the destruction of proper checks and balances. And that's not patriotic at all.

Some have argued that there was a tremendous urgency to this program, and this required the phone companies to act quickly and arrange the warrantless wiretaps. While I disagree, I can imagine how people might think that for the first week or two after the requests come in. But this wasn't a week or two. This has gone on since 2001. There was over half a decade of time in which to consult with judges, congress or both about the legitimacy of the wiretaps. It's not that they didn't know -- one company, Qwest, refused them at their own peril. If you argued for immunity for the actions of that first week or two, I could understand the nature of your argument. But beyond that, it's very hard to see. For this is immunity not just for illegal wiretapping. This is immunity for not standing by the law and saying "let's ask a judge." For years, and years. Why we would want to grant immunity for that I just can't understand, no matter how patriotic the goals. This system of freedom, with checks and balances, is the very core of what patriots are supposed to be defending.

While I agree with your position on this one, it is really no
surprise. When a country uses torture to defend "freedom",
how believable is it anyway?

There is something more attractive about an honest dictator
than someone who behaves the same but claims to be defending
the free world at the same time.

But I don't want to descend to that level of hyperbole. We're not even close to a dictatorship here. What is happening is occasional flirtations with that dangerous edge, and those flirtations must be beaten back, and beaten back severely, to make sure we don't skate there again.

This is the clearest explanation I've yet seen of this argument, Brad...thanks. I can see (though I'd disagree with) someone DISMISSING this point, but I can't see anyone MISUNDERSTANDING it; you've nailed the point completely. Keep up the great work.

Well said! The principle is so fundamental to this country's constitutional foundation that I find it nothing short of truly scary that the Senate passed the immunity legislation. As has been so eloquently said, ours is a "government of the people, BY the people and for the people". Each of us has a responsibility to stand up for the fundamental safeguards of our freedoms. The reality is that many individuals are not in a position to take the personal risk to do so. But isn't it fair to expect that those who are -- especially a megacompany like AT&T who has shown itself to be essentially immune from government retaliation and who got that way on the backs of citizens who have little choice but to pay exorbitant prices for their services -- would do the right thing and protect their customers from unreasonable -- and probably unwarranted -- intrusion into their personal lives? As you suggest, this is not a complicated legal issue. And lord knows, the phone companies have some very smart lawyers handy. Do they really believe the wiretaps are legal? Who is watching our backs? I realize this post drips with naiveté, but wrong is wrong.

where's the Constitution in all of this?

Brad, you made great points, in all, but you missed, slightly, on point about the folks at the top of the proverbial government food chain. They all takes oaths, as you said, to defend the Constitution of the United States, but, more importantly, the thing you overlooked is that in that same oath of office, much like for members of all the branches of U.S. Armed Forces, they also vow to "uphold" the Constitution, which in the case of the wiretaps, is more telling of the thinking behind the concept, IMHO.

In all things, though, Brad, keep up the great work!

Whose call is it to say what's legal?

That the Senate would allow this to happen and the House may still lay down and allow it makes me want to throw in the towel and move away.