China could be poised to dominate car manufacturing thanks to robocars

The robocar revolution has the potential to assist China in dominating vehicle manufacturing. That's the bad news -- unless you are a Chinese manufacturer. The better news is that manufacturing is only part of the car industry, and it's getting smaller.

Today, Chinese brands are not sold in any numbers in the USA, or almost anywhere outside of China, but China is already the largest car manufacturing country in the world. Chinese brands have no cachet (even in China, it seems) and western and Korean/Japanese brands are strong. How might that change?

Car brand is very important for people buying a car to own. In fact, the nameplate is the top source of value in a modern car sale. The difference is that we will be moving from people buying cars to own towards people buying rides.

When you order "Uber Select" (Uber's nicer-car offering) you don't care if what shows up is a Lexus, BMW or Mercedes. You don't even car if its a Hyundai Genesis, their brand-new attempt at making a luxury marquee. You are only going to ride in it for 15 minutes. It has to be comfortable, smooth and look nice, but rarely does the logo on the outside matter. 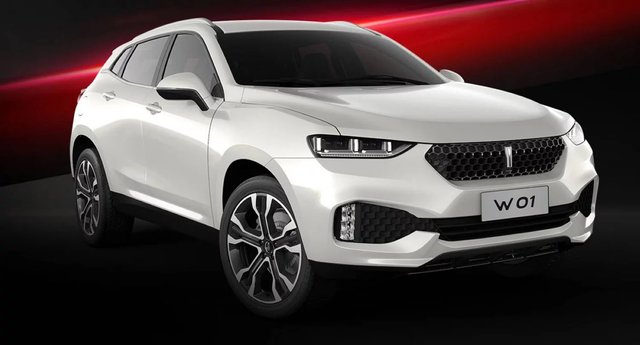 It's the Uber brand that matters (though not as much, as most people would find no difference between an UberSelect and a Lyft Premiere as far as the vehicles are concerned. And you might not even care if it's a Great Wall Wey (a Chinese luxury car you've never heard of) that picks you up if it looks nice and gives a reliable ride.

Of course, today the top makers like Mercedes, BMW, Lexus, Audi, Acura, Infiniti and others are known not just for luxury, but for quality. They make well engineered, reliable cars in a way the Chinese are not quite ready to do.

But do they have to? If your expensive BMW breaks down, you have to get it towed, arrange its repair and get a rental car. You're pretty angry at BMW when it does, and you paid a lot for that car to avoid that experience, and usually you do. If a car in a robotaxi fleet breaks down, you're very unlikely to even know it happened. Very rarely, a car like that might break down when you are riding in it. It would pull to the side of the road and have already summoned a replacement car. Within 2-3 minutes a new vehicle will pull up and take you on your way while the company sends a tow truck to deal with the broken car.

Of course, if it broke down while on its way to you, might might not even know it. But even the breakdown while driving will be barely worth mentioning to friends, it just didn't inconvenience you very much at all.

While the BMW will surely break down less than the Great Wall (at least for now) it also costs a great deal more. That might be worth it to avoid that owner's breakdown scenario, but it's not for a fleet breakdown. For a fleet manager, it's just a question of whether vehicle downtime cost is more or less than the extra cost of more robust engineering, with a small factor for customer inconvenience.

To top things off, I predict robocars will have fewer breakdowns. They will always been monitoring themselves, and will come loaded with sensors. They will always get proper maintenance, taking themselves to maintenance depots when it is needed. They will test all systems like brakes, steering, tires, engines and more every day or every hour when running vacant. They will never let anything get too hot or vibrate too much. Both the BMW and the cheap car will do that.

Of course, I refer here to ordinary non-dangerous mechanical breakdowns, not safety related breakdowns. We won't tolerate a car so bad that wheels fall off or axles break while we're riding. The Chinese vendors will need to reach full levels of quality in that department. Most breakdowns are not like that, though.

Chinese companies are trying other efforts to get into external markets. Geely bought Volvo some years ago, but has mostly let it run itself as it always did. Some Chinese companies like LeEco are trying to make products for the west, and lower cost Chinese cars are already selling in developing countries and will expand in that area.

China is also a leader in electric vehicles. Because scooters and motorcycles are so popular and are often electric, China has a much bigger electric car market than anybody. Just look at the air in Beijing (and you can certainly see it) and it's easy to convince people they need to go electric.

It should be noted that since rural customers will not be switching to robotaxi service any time soon -- you won't get quick pickup out there -- they will purchase personally owned robocars and regular cars. There the existing manufacturers can continue to be strong.

You probably know your iPhone is made by Foxconn in China. Apple trained them on how to make a top quality phone, and they do. Non-Chinese designers of robocars will train Chinese partners on how to make a suitable quality car.

Western/Asian manufacturers will get the chance to manufacture robocars to the designs of the "fabless" robocar companies like Waymo and Apple. They might turn it down. They don't want to be the Foxconn in that relationship. But if they won't, then Foxconn or SAIC or Great Wall or other companies will be ready to.

Where is the money?

In a typical car's 190,000 mile life, the owner will spend $70,000 to $100,000 on that car (depending on parking) but might spend only $25,000 on the purchase of the car. More of the value in a car goes into fuel, maintenance, insurance, interest, parking, taxes and repairs. Today's car makers make more money financing cars than they do in profit on the sale. Dealerships make more on service than in profit on the sale. When it comes to taxi/Uber/Lyft, even more is paid to the driver, and Uber is making more than Toyota out of an Uber ride in a Prius -- and if they didn't spend investors money like water, much of it would be profit, and little of Toyota's money is profit.

In other words, even if China starts to own more of auto manufacturing, that may not be the catbird seat we imagine it to be. Today we think of big automakers as driving the auto industry. Unless they convert what they do, that will change. It will be a big industry to be sure, and they won't own anywhere near all of it, but the real action will be all around the world, where the rides are being sold.

You say Chinese cars aren't sold much outside of China, but in fact, Chinese cars are found in a lot of third world countries. They're quite common in India these days, for example.

28 million cars were sold in China in 2016. About 500,000 were exported and 240,000 commercial vehicles. So it's a pretty domestic market there right now, but this will change. As noted, one path is to markets that demand the cheaper cars China can make. The other is the robotaxi market described in the post.