Having written yesterday about a decision to sell Bitcoin, I want to re-examine two posts I made in the past which are now even more apropos.

My sell decision was (at least temporarily) wise as it dropped to $9300 quickly. I don't think it will necessarily never see $11K again. It is a speculative value with no fundamentals behind it to help judge the right price range. 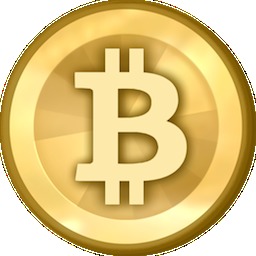 But what I want to consider is how well Bitcoin can handle a major fall in price. In theory, it should not be able to, though in practice it is a bit more robust. Not long ago I wrote about Bitcoin was in real trouble if it dropped below $150 which it almost did.

Bitcoin was designed so that as mining equipment got cheaper with Moore's Law, it would automatically adjust the difficulty of the mining problem to keep blocks coming roughly every 10 minutes. As a side effect, this also compensates for people being willing to spend a ton more on mining because the value of Bitcoin has risen. In a truly efficient market, mining should only be modestly profitable, because if it becomes too profitable, it encourages more people to buy mining gear to reap those profits. As they do, the difficulty goes up and the profit becomes more modest. The fact that ASICs take time to bring to market allows windows of higher profitability when the price soars.

That's all great as the price goes up, but what happens when it drops a lot? If the mining is only modestly profitable, a serious price drop makes it unprofitable for most miners, and in theory, for all. Unprofitable miners turn off their mining gear (they can no longer pay the electricity with their block rewards) and suddenly the whole network slows down until the difficulty adjusts again. Normally that's in 2 weeks but if the network slows in half it could be 4 weeks, or more.

In the worst case, almost all miners might stop mining and the network would never readjust. Bitcoin would die.

In practice, it's not quite that precarious.

These factors might preserve the Bitcoin network through a price collapse, but it is not pleasant to imagine that it is subsidized electricity or Chinese currency controls that are keeping the network alive, rather than something more inherent.

The longer Bitcoin stays high, the more people who will get into mining. Should mining return to reasonable but modest profitability, the situation could become precarious again.

Where is the Satoshi Foundation

I wrote four years ago (at a much smaller value of Bitcoin) wondering why Satoshi has not endowed a Foundation. Everything I said then is even more true.

While Satoshi can't spend her estimated million bitcoins (in theory valued close to $9B today) without causing a loss of confidence in the currency, she could endow a foundation with a fraction of them. It would be possible, for example, to endow a $1B foundation at current prices. The endowment of a foundation would not cause a panic -- in fact it would be hailed. That foundation could do so much good (as defined by Satoshi) in the world, it seems crazy that it has not been created.

So I have pondered why not...

Some people wonder if Satoshi is dead; that possibly he was Hal Finney. But Hal didn't die like a billionaire would. In his condition, I think anybody with a $billion would have given up a few principles of secrecy to have a better death. Hal was cryopreserved at Alcor. It's possible he gave them many bitcoins in secret, but otherwise they show no signs of major recent wealth.

Satoshi might be some other dead person, though no other major suspect is deceased. This also requires that the person died with no heirs or the heirs also have no desire for personal wealth or endowment of a foundation to do good in the world.

Did Satoshi lose the keys to those bitcoins?

There are many stories of people who lost keys or hard drives and thus fortunes in Bitcoin. Could Satoshi be one? My counter to that is this. Satoshi is the one person who could get them back. A digitally signed note from Satoshi (using the genesis block key) saying:

Hey, folks, Satoshi here. Hope you like what I built for you. Trouble is, I lost my coins, enumerated here. Can you do me a big favour? If nobody else can show ownership of those coins in the next two years, could you change the Bitcoin core to re-allocate them to me at the following public key? And allocate 25% of them to this foundation devoted to crypto principles too?

I think this would work. I think the community would be so grateful it would do this. But even if you don't agree that they would, it seems like there would be no harm in trying. Even if Satoshi no longer knows what blocks are his, a declaration that all unspent blocks from the first million coins be allocated, 50% to a foundation, 50% to Satoshi, might well get good support.

Is Satoshi really afraid of the spooks?

Satoshi may believe that even the top spooks at the NSA and PLA don't know her true identity. Doing even the above steps would run a risk of them learning that, now that they know what to look for. It's a lot to give up because of this fear, but it's just barely possible.

There appear to be people who

There appear to be people who will deliberately mine at a loss, specifically to avoid the collapse of the Bitcoin network, because they have a lot bet on it.

I'd point out that this has already apparently been happening regularly with the various forks with their backers subsidizing mining to try to get them going. This would be especially true for Bitcoin, because far more people have more at stake with Bitcoin than the forks. (And if somehow no one did it, someone could always create a 'fork' which merely set the difficulty down to somewhere feasible to kickstart the chain again.) Since my previous comment on this 'freeze' problem, I would note that big freezes still have not proven to be a serious problem even for scumy altcoins (aside from Bitcoin Cash where their problem was a seriously buggy difficulty adjustment - which still didn't kill it!).

Mine at a loss

Well, one can argue if you are hoping that eventually the mining won't be at a loss any more, then overall it's not at a loss. And all coins start with mining at a loss, of course. It's obviously not sustainable long term. One problem with it happening because of a price collapse is that as the miners who can't take the loss drop out, difficulty will eventually drop. Before it does, the network will be very slow. Once it drops, though, then suddenly all that equipment that was shut off turns on, and blocks start coming too fast -- and then difficulty rises again. It seems to me it could yo-yo.

I suspect you do not understand the underlying fundamentals. It has already hit 11K/coin again and is currently at $10300 as I write this email. I personally use BTC as a store of value or savings account. I made the decision to start doing this in 2012 based just on the fundamentals of the technology. People will agree something has value if it is truly limited in supply. U$D not so much. BTC will only have ever created 21000000 coins. BTC can not be inflated. U$D not so much. Janet Yellen does not seem to understand why pumping $780B in the monetary system in 2008 has not resulted in Inflation. Simple really, 98% of that went to 0.05% of the population and they are sitting on it. They are not using it to higher more people or pay the ones currently working in there enterprises more U$D so they can improve there standard of living. My Aunt left my kid $5K that sat in a "collage savings account" at Chase bank between 2010 and late 2013. On 10-21-13 I took the $5001.38 and put 5100 into my Bitstamp account at ~U$D630 / coin. It is now worth > U$D81000! On March 12 2017 I put another U$D into BTC at ~U$D1200 / coin. By 3/25 BTC was down to U$D910/ coin. I just held it and that U$D30K is now worth >U$D250K! BTC can't be inflated. U$D, not so much. Where do you think is a better place to store you savings? U$D = mattress. As the BTC network of users and vendors increases the supply does so very slowly but will only do so until a total of 21M of them have been created and that is it. The demand will continue to go up. I suspect the one who wrote this post is now kicking him self for not #HOLDL !~). Just use it as your savings account. Kind of like Tape backup of your data. You can get it but it may take a few days. I have a friend who works at Kraken. He says they are registering up to 10K account / day! What it BitCoin? It is really the network of people using it. As all these people start to use BTC and place there limit sell orders at a given price because they have decided that is how much BTC they are willing to spend on something then when BTC hits that value it will sell. Meanwhile others will place there buy orders at some lower value and when it drops to that point it will back stop any big changes in value. This is what we saw shortly after it hit U$D11K / coin. With the now larger and quickly growing network of people using it, the value is going up and becoming more stable at the same time.
Start setting up your exchange account now. With all there people joining every day it could easily take over a week to get it tied to your fiat currency bank account. But once it is just treat it as your long term savings account and stash what ever savings you can as you can. In a few years you will have the ability to buy a house, even in SF if you start today.