"Grand Science Fiction" -- a proposed description of the best in SF 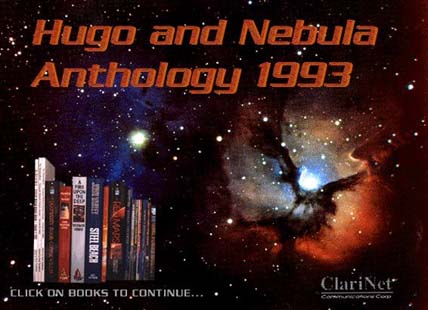 There have been many efforts (none much of a success) to define Science Fiction and the related genres of fantasy, alternate history and speculative fiction. It might be more useful to examine why the genre exists, and why people come to it, and thus what may (to some) define greatness within it.

It is often written that the goal of literature (and fiction) in general is to explore "the human condition." I propose that the highest goal of speculative fiction (and SF) is to explore the condition of humanity.

I suggest this by delving a little into definition, and stating that the broad enclosing genre of "speculative fiction" involves a story set in a world that is other than ours in some meaningful way. Something fundamental is different about the universe, or humanity, not just the lives of the characters. All fiction is speculative to some degree, but real speculative fiction asks "what if?" about the world. For science fiction, the alternate world is often in the future, or is subject to something unknown from science or technology. In fantasy the world is different in a way known to be unreal. In alternate history, the world is usually just like ours, but where some historical event went differently. All of these can explore what life is like for all humanity when the world is different.

I propose a class of SF which I consider to be the highest class and will call "Grand Science Fiction" or GSF. GSF is SF that does the best at exploring the condition of humanity. To do so, its exploration must be, at some level, real and possible,

GSF is usually science fiction, but it is not as exclusively so as another sub-genre called Mundane Science Fiction which was created by writer Geoff Ryman and some colleagues, though it shares several characteristics and goals. Mundane SF is related to "hard SF" -- the physics must be real, and in light of that, the stories are kept close to the solar system.

GSF must explore something that can have meaning to us, though that meaning may be far in the future. A novel like "The Lord of the Rings," great as it is, explores an impossible world of Elves and magic. It has difficulty in speaking to potential future issues and fates for the real human race. The issue speculated on must be real and meaningful. Favourite topics have ranged from "What if humanity goes into space?" in the early days of SF to, "What if there are AIs smarter than us?" in modern times. These are situations where the condition of humanity changes, and Grand SF gets a chance to examine that. And, at its best, say something profound about it.

One difference between GSF and hard or "mundane" SF is that it is possible to have fantastic elements in the story, Many stories have used some fantastical (or science fantasy) premise like warp drives, time travel or even full blown magic to ask a real question or make a statement about a real issue. One of the greatest works of the 201x decade, Ancillary Justice by Ann Leckie won both the Hugo and Nebula awards for best novel. While it's full of fantastic elements like FTL drives, magical aliens and galactic empires, people love it for both its exploration of the meaning of mind for AI and human, the idea of an evil post-human emperor who controls the AIs and has duplicated her consciousness among many bodies, and even the simple idea of a human society that truly doesn't see gender.

Even pure fantasy can have elements of Grand SF. His Dark Materials by Pullman (ie. The Golden Compass)uses a fantasy world to explore meaningful questions about the role of the church and religion, as well as puberty, in the condition of humanity. A lot of fantasy and SF also likes to explore alternate political systems and styles of society, and if those explorations can speak to real questions about politics and society, they can be Grand Speculative Fiction if not Grand Science Fiction.

It is important that Grand SF is just one element of what can make a great story. All stories still need and benefit from everything you would expect -- great characters, great plotting, great prose and more. Genre fiction is often criticised because fans of a genre want what it gives so much that they are willing to sacrifice some of those things, while in mainstream fiction, those are everything and harder to sacrifice.

Truly great SF will probably be Grand SF, but also great literature at the same time. And it's perfectly possible, even common, for books to be great reads and very engaging even though they don't speak much to either the human condition or the condition of humanity. We also love escape from reality, legend and tropes. It is even possible to be Grand SF and escapist at the same time, for no story will ever be 100% of anything.

It is often said that in speculative fiction, "the setting is one of the most important characters." Because the world is different, the story almost always wants to spend a lot of time exploring it and how it is different. The reader might be more interested in that than any particular element of the plot or any particular character. Some stories, in fact, use the plot and characters simply as vehicles to explore the world. At its best, the skill of creating and describing an interesting different world has a name -- "world building" -- and its masters are revered. Grand SF will usually have great world building.

While GSF can consider very distant issues, it has more impact if the issues are more near future, within the coming century. That's because most people expect a lot of change in the 21st century. Indeed, leaving aside the warp drive, we expect more change than Star Trek imagined for a couple of centuries.

Here are some of my own picks for works of Grand SF.

Books have much more depth, and an easier time of being GSF. Here are some recent strong examples of Grand SF, drawn mostly from award nominees. This list is far from complete, and the list of themes for each book is also quite incomplete. I welcome nominations from readers.

In TV and Movies

It's hard for a movie to explore as much as a book. On the other hand, sometimes the greater reach of a movie does more to affect dialogue in society, so some examples of that are included below.

If you like the ideal of Grand SF, please put your nominations in the comments.

I have only read a couple of these

I did list Red Mars. As for the Story of your Life, I considered it, but am on the fence about it. I don't think existing outside of time is a likely real problem for the human race, nor is communicating with aliens who do so. The movie deals with science vs. military issues in first contact, but the story doesn't really. I do agree that the general concept of how you plan your life when you know things about the future is interesting and could apply to things like simply knowing what our genes and other factors mean for us, but I don't think that more concrete issue was the real goal of that story.

Whoops - I foolishly had only searched for "Robinson" before suggesting his stuff.

I see your point on Story of Your Life. Perhaps this is cheating, but I feel like his body of work as a whole – since most of them are quite short stories – constitute grand SF, being that many handle ideas related to other minds, immortality, causation, and AI.

You can shorten the list to two names: Stanislaw Lem and Olaf Stapledon. Almost everything else elaborates on themes they introduced. The exceptions require identifying a particular theme and then checking for its absence from one or the other.

You might add Greg Egan to this list, but Lem covers most of his themes. Jules Verne wrote "engineering fiction," and so does not make the cut. H. G. Wells arrives a little too early, I think, but again, you could add his name.

While there are writers who are masters of this sort of SF, the list above is a list of works, not writers. No writer bats 1.000

I've read Stapledon's Last and First Men and Star Maker. Both are good (probably better than his other stuff); I liked the former more.

Count To a Trillion and sequels by John C. Wright, AI, long distance space flight, the rules by which unequal societies interact
(also Golden Age Trilogy by him, not sure if it's grand enough for this list, interesting ultra-libertarian ideas and a great read)
The Unincorporated Man, interesting thoughts about selling equity in your career plus dangers of VR. I think it gets some of the financial economics wrong but still thought provoking.