On my recent wanderings in Europe, I became quite enamoured by Google's latest revision of transit directions. Google has had transit directions for some time, but they have recently improved them, and linked them in more cities to live data about where transit vehicles actually are.

The result not a mere incremental improvement, it's a game-changing increase in the utility of decent transit. In cities like Oslo and London, the tool gives the user the ability to move with transit better than a native. In the past, using transit, especially buses, as a visitor has always been so frustrating that most visitors simply don't use it, in spite of the much lower cost compared to taxis. Transit, especially when used by an unfamiliar visitor, is slow and complex, with long waits, missed connection and confusion about which bus or line to take during shorter connections, as well as how to pay.

Not so any more. With a superhuman ability, your phone directs you to transit stops you might not figure out from a map, where the right bus usually appears quite quickly. Transfers are chosen to be quick as well, and directions are given as to which direction to go, naming the final destination as transit signs often do, rather than the compass direction. It's optimized by where the vehicles actually are and predicted to be, and this will presumably get even better.

By making transit "just work" it becomes much more useful, and gives us a taste of the robocar taxi world. That world is even easier, of course -- door to door with no connections and no need for you to even follow directions. But while Uber also shows us that world well in user experience, Uber is expensive, as are cabs, while transit is closer in cost to the anticipated robocar cost of well below $1/mile.

It also helps to have transit systems with passes or contactless pay cards, to avoid the hassles of payment.

Why does this work so well? In the transit-heavy cities, it turns out there are often 2, 3 or even 4 ways to get to your destination via different transit lines and connections. The software is able to pick among them in a way even a native couldn't, and one is often leaving soon, and it finds it for you.

In some cities, there is not live data, so it only routes based on schedules. This cuts the utility greatly. From a user experience standpoint, it is often better to give people a wait they expect than to do a better job but not give accurate expectations.

What's clear now is that transit agencies should have done this a lot sooner. Back in the 1980s a friend of mine built one of the first systems which tracked transit vehicles and gave you a way to call to see when the bus would come, or in some cases signs on the bus stops. Nice as those were they are nothing compared to this. There is not much in this technology that could not have been built some time ago. In fact, it could have been built even before the smartphone, with people calling in by voice and saying, "I am at the corner of X and Y and I need to get to Z" with a human helper. The cost would have actually been worth it because by making the transit more useful it gets more riders. 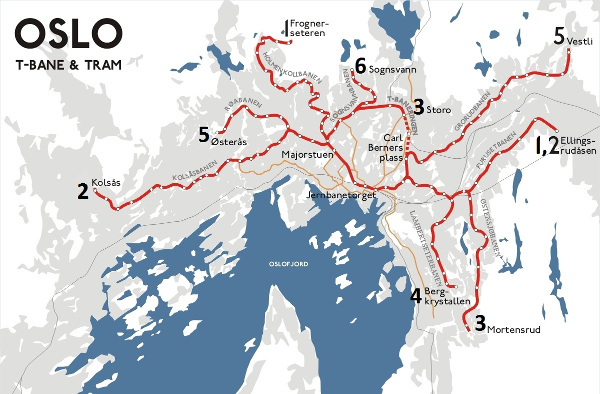 That might be too expensive, but all this needed was the smartphone with GPS and a data connection, and it is good that it has come.

In spite of this praise, there is still much to do.

A later stage product might let you specify a destination and a time, and then it will buzz you when it's time to start walking, and guide you there, through a path that might include walking, bike rides, transit lines and even carshare or short cab rides for a fast, cheap trip with minimal waiting, even when the transit isn't all that good.

I always hated how Google Maps would give transit directions but then not tell you that the arrival times were based on the *scheduled* times rather than the live times, even many years after NextBus/etc. was tracking all the transit vehicles in a particular city.

Even now, for cities where live transit data isn't available it should tell you up front: 1. That the arrival times are only based on the schedule, and 2. Give you the estimated trip duration, rather than arrival time based on the schedule. I always had to do mental math to calculate trip duration, then try to remember that number when looking up alternate routes and performing additional duration calculations for those. It's much harder to remember a number when you're trying to simultaneously do a separate calculation.

A seamless system would need "google log in" for all

Great to see that the transit plan is working well - what I noticed is that each city has their own system and that usually works better than google's.

That would be a good business idea - to build something, also with walk - in sensors, so the community knows when lines are overloaded and can send extra capacity, or leave a traincart behind if for a week at 5pm 500 people less came on board from x to y. Economical, ecological.. Chances are limitless.

However, the ticket system is still a prob. You can purchase mobile tickets already in most places, but for car2go, each city's own bike system, etc, you need to register and this takes time and (sometimes driver's lice verifications, etc.)

The verification system is not the best yet. I guess that's something google wallet could combine to their transport system, allowing more seamless travel (tourists could get in a vehicle, travel, get out, and the wallet could charge them according to their gps signal). Would save quite a headache.

> I noticed is that each city has their own system and that usually works better than google's.

Each of these will probably fail if I'm on a mobile device, if it's listed under a "creative" marketing name, or a plethora of other reasons.

I can see things going either way:

On the other hand

Are the times really live?

I live in Oslo and I was under the impression Google was just using scheduled times. That said, transit in Oslo is so good that the scheduled times are almost exactly the live times anyway -- and if they're not, buses/trains/trams come so often that it doesn't matter much.

Did not get that impression

Oslo certainly has the live data -- they show it at the bus and tram stops -- and I know Google does try to get that when they can. San Francisco was one of the first cities they got live data for -- but I almost always have a car here so I don't experience that.

Very much agreed with what you said. Couple of months back, I was thinking of doing something like this as an app, and then I noticed Google had already done it.

First of all, I heartily agree that transit is now usable in many situations where it was not before. Most transit itineraries still take far too long for the vast majority of US commuting, but it's great for touring in places where the transit schedules, or actual bus and train times, are integrated into Google Maps. My top complaints:

1. There is no bike/transit or ride/transit mode, and the walk/transit mode will not show trains that can be caught by bike, or with a driver to take one to the train station or bus stop.

2. As Brad mentions, once one is riding a bus or train, one cannot re-run the route to change or review the itinerary. This is true even if at a stop on the route: the app won't display buses and trains that need to be boarded immediately, or some minutes past if the transit vehicle is running late. One encounters this bug by accident, and it can be jarring since one probably did not remember to remember the transfer station. To avoid losing the itinerary, one learns not to re-route en route. Or one restores the itinerary by selecting a past stop and setting the departure time accordingly. It's a significant upgrade to have Google Maps recognize that you are en route, and I'm sure their maps guys are on it.

In both cases, it would be helpful if Google would implement a quick fix: highlight trips in red where the first bus or train boarding time is past, or still doable by car. There's another reason to display departure time that are somewhat past: buses and trains are often late.

Except that Google's transit directions is application on phone?

I think that "reittiopas" does not use actual location (GPS data from buses).

However I'm not sure. For some bus routes this data is available (HSL Live).