We're on the cusp of a new wave of virtual reality and augmented reality technology. The most exciting is probably the Magic Leap. I have yet to look through it, but friends who have describe it as hard to tell from actual physical objects in your environment. The Hololens (which I have looked through) is not that good, and has a very limited field of view, but it already shows good potential.

It's becoming easier and easier to create VR versions of both fictional and real environments. Every historical documentary show seems to include a nice model reconstructing what something used to look like, and this is going to get better and better with time.

This will be an interesting solution for many of the world's museums and historical sites. A few years from now, every visit to a ruin or historical building won't just include a boring and slow audioguide, but some AR glasses to allow you to see a model of what the building was really like in its glory. Not just a building -- it should be possible to walk around ancient Rome or other towns and do this as well. 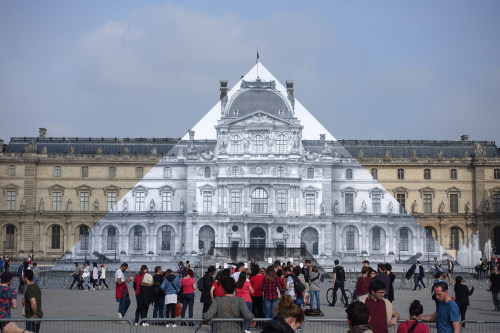 Now with VR you'll be able to do that in your own home if you like, but you won't be able to walk very far in that space. (There are tricks that let you fool people into thinking they walked further but they are just not the same as walking in the real space with the real geometry.) They will also be able to populate the space with recordings or animations of people in period costumes doing period things.

This is good news for historical museums. Many of them have very few actual interesting artifacts to see, so they end up just being placards and photos and videos and other multimedia presentations. Things I could easily see on the museum web site; their only virtue is that I am reading the text and looking at the picture in the greatly changed remains of where it happened. These days, I tend to skip museums that have become little more than multimedia. But going to see the virtual recreation will be a different story, I predict.

Soon will be the time for museum and tourist organizations to start considering what spaces will be good for this. You don't need to restore or rebuild that old castle, as long as it's safe to walk around. You just need to instrument it with tracking sensors for the AR gear and build and refine those models. Over time, the resolution of the AR glasses will approach that of the eyes, and the reality of the models will improve too. In time, many will feel like they got an experience very close to going back and time and seeing it as it was.

Well, not quite as it was. It will be full of tourists from the future, including yourself. AR keeps them present, which is good because you don't want to bump into them. A more advanced system will cover the tourists in period clothing, or even replace their faces. You would probably light the space somewhat dimly to assure the AR can cover up what it needs to cover up, while still keeping enough good vision of the floor so you don't trip.

Of course, if you cover everything up with the AR, you could just do this in a warehouse, and that will happen too. You would need to reproduce the staircases of the recreated building but could possibly get away with producing very little else. As long as the other visitors don't walk through walls the walls don't have to be there. This might be popular (since it needs no travel) but many of us still do have an attraction to the idea that we're standing in the actual old place, not in our hometown. And the museums would also have rooms with real world artifacts to examine, if they have them.

On the one hand, historic sites could benefit from remote AR by reducing the wear and tear of an increasing number of visitors. On the other hand, many locales' economy is heavily dependent on visitors to historic sites and museums. On the gripping hand, it's unfortunate that so much tourism focuses on the past, or pure recreation like cruise ships and completely artificial resorts.

There's another reason for reconstructing historic sites: rediscovering the knowledge and techniques of the original builders. We have a certain technological smugness in viewing the past. Discovering the details of how people of the past built impressive structures without tower cranes, diesel engines, and carbide steel tools provides some much needed humility.

Yes, I think that actually this offers the best of both worlds. People going to the actual site can walk it and see it as it was. They can have an option of an entirely virtual experience where they don't see the ruins, or they can have the mixed reality experience where they see the things that still exist, and the glasses only fill in what is missing, and they can toggle between them. You go to a place to see the physical and experience it of course.

We very rarely reconstruct on top of the original, we don't want to alter it further. Sometimes we construct a copy to learn how they built it, and can do both.

Since many of the great sites are either very remote, or can't stand the crush of tourists, being able to do this back at home has virtue as well -- you want both. And some might elect to tour things at home first, and then visit the real place if they get there.

I personally think walking around ancient Rome in AR would be an astounding experience, and the Athens Acropolis and many others. But we tend to be most impressed with the sites that still have the most -- these places, and ones like Delos, Ephesus (which was reconstructed) and more. Now things which are pretty much complete ruins and not much worth visiting could become much more interesting. To stand in the place of history and see it as it was -- and more and more like how it was as tech improves -- would bring me back to many sites. Imagine sitting in the Colosseum of Rome, seeing a recreated gladiator fight, with the crowd of tourists around you appearing as ancient Romans (as you appear to them and yourself perhaps.) It will be an amazing experience. That's just step 1 -- later skilled writers and directors will make it like a movie, with drama as well as history. Both real stories and fiction -- imagine seeing the Ben-Hur chariot race in a real Roman track, or the battle of Waterloo on the actual fields. Battle re-enactment, using video game tech, scanned from today's recreators, will be popular I suspect. Both the great and the gruesome. I shudder what a visit to a Nazi death camp might be like, perhaps too much to bear.

More popular would be the great moments. Stand on the National Mall and watch MLK deliver "I have a dream." Visit Runnymede and instead of a fairly boring field, see an actor playing the King (or even an animation) accept the Magna Carta.

No, I think the historical sites of the world are going to become much, much more interesting and popular in a few years.

(I've already seen inklings. In the baths at Bath, in England, they have one bath with a translucent screen set up, and you see ghostly images of actors playing people in the baths. Cute, but they are not 3D and you can see through them.)