I shoot with the Canon 5d Mark II. While officially not a pro camera, the reality is that a large fraction of professional photographers use this camera rather than the Eos-1D cameras which are faster but much bulkier and in some ways even inferior to the 5D. But it's been out a long time now, and everybody is wondering when its successor will come and what features it will have.

Each increment in the DSLR world has been quite dramatic over the last decade. There's always been a big increase in resolution with the new generation, but now at 22 megapixels there's less call for that. While there are lenses that deliver more than 22 megapixels sharply, they are usually quite expensive, and while nobody would turn down 50mp for free, there just wouldn't be nearly as much benefit from it than the last doubling. Here's a look at features that might come, or at least be wished for.

More pixels may not be important, but everybody wants better pixels.

Due to the high quality video in the 5D2, many professional videographers now use it. Last week Canon announced new high-end video cameras aimed at that market, so they may not focus on improvements in this area. If they do, people might like to see things like 60 frame video, ability to focus while shooting, higher ISO, and 4K video.

A little self-plug. I have an article on an introduction to panoramic photographic technique the November issue of Photo Technique with a few panos in it. This is old world journalism, folks -- you have to read it on paper at least for now. As I prepare for Burning Man 2011, I realized I had not put my gallery of regular sized photos up on the web.

Much earlier I announced my gallery of giant panoramas of 2010 which features my largest photos in a new pan-and-zoom fullscreen viewer, I had neglected to put up the regular sized photos.

This blog has been silent the last month because I've been on an amazing trip to Botswana and a few other places. There will be full reports and lots of pictures later, but today's idea comes from experiments in shooting HD video using my Canon 5D Mark II. As many people know, while the 5D is an SLR designed for stills, it also shoots better HD video than all but the most expensive pro video cameras, so I did a bit of experimenting 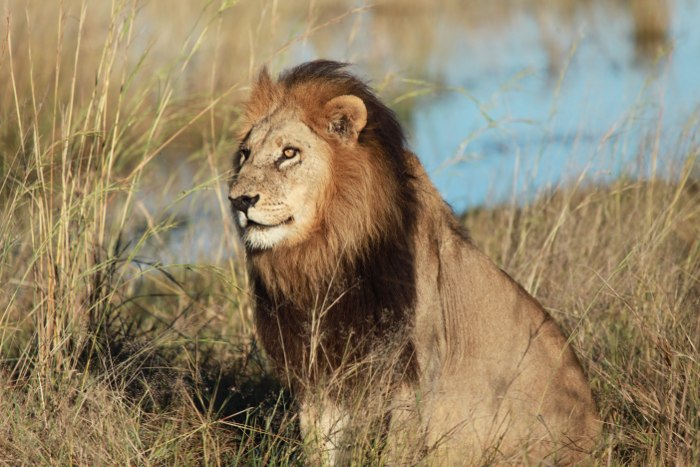 The internal mic in the camera is not very good, and picks up not just wind but every little noise on the camera, including the noises of the image stabilizer found in many longer lenses. I brought a higher quality mic that mounts on the camera, but it wasn't always mounted because it gets a little in the way of both regular shooting and putting the camera away. When I used it, I got decent audio, but I also got audio of my companion and our guide rustling or shooting stills with their own cameras. To shoot a real video with audio I had to have everybody be silent. This is why much of the sound you see in nature documentaries is actually added later, and very often just created by Foley artists. I also forgot to turn on my external mic, which requires a small amount of power, a few times. That was just me being stupid -- as the small battery lasts for 300 hours I could have just left it on the whole trip. (Another fault I had with the mic, the Sennheiser MKE 400, was that the foam wind sleeve kept coming off, and after a few times I finally lost it.)

I shoot lots of large panoramas, and the arrival of various cheaper robotic mounts to shoot them, such as the Gigapan Epic Pro and the Merlin/Skywatcher (which I have) has resulted in a bit of a "mine's bigger than yours" contest to take the biggest photo. Some would argue that the stitched version of the Sloane Digital Sky survey, which has been rated at a trillion pixels, is the winner, but most of the competition has been on the ground.

For many years I have had a popular article on what lenses to buy for a Canon DSLR. I shoot with Canon, but much of the advice is universal, so I am translating the article into Nikon.

If you shoot Nikon and are familiar with a variety of lenses for them, I would appreciate your comments. At the start of the article I indicate the main questions I would like people's opinions on, such as moderately priced wide angle lenses, as well as regular zooms.

I have put up a page of panoramas from Burning Man 2010. This page includes my largest yet, a 1.2 billion pixel image of the whole of Black Rock City which you will find first on the page. I am particularly proud of it, I hope you find it as amazing as I do. Moraine Lake, in Banff National Park, is one of the world's most beautiful mountain scenes. I've returned to Banff, Moraine Lake and Lake Louise many times, and in June, I took my new robotic panorama mount to take some very high resolution photos of it and other scenes.

I got a chance to see my 5th eclipse on July 11 -- well sort of. In spite of many tools at our disposal, including a small cruise ship devoted to the eclipse, we saw only about 30 seconds of the possible 4 minutes due to clouds. But I still have a gallery of pictures.

I recently went to the DLD conference in Germany, briefly to Davos during the World Economic Forum and then drove around the Alps for a few days, including a visit to an old friend in Grenoble. I have some panoramic galleries of the Alps in Winter up already.

Each trip brings some new observations and notes.

On to Part Two

I have the photo archives of a theatre company I was involved with for 12 years. It is coming upon its 50th anniversary. I have a high speed automatic scanner, so I am going to generate scans of many of the photos -- that part is not too hard. Even easier for modern groups in the digital age, where the photos are already digital and date-tagged.

I'm waiting for the right price point on a good >24" monitor with a narrow bezel to drop low enough that I can buy 4 or 5 of them to make a panoramic display wall without the gaps being too large.

As digital cameras have developed enough resolution to work as scanners, such as in the scanning table proposal I wrote about earlier, some people are also using them to digitize slides. You can purchase what is called a "slide copier" which is just a simple lens and holder which goes in front of the camera to take pictures of slides. These have existed for a long time as they were used to duplicate slides in film days.

I suggested this as a feature for my Canon 5D SLR which shoots video, but let me expand it for all video cameras, indeed all cameras. They should all include bluetooth, notably the 480 megabit bluetooth 3.0. It's cheap and the chips are readily available.

I have several sheetfed scanners. They are great in many ways -- though not nearly as automatic as they could be -- but they are expensive and have their limitations when it comes to real-world documents, which are often not in pristine shape.

I have put up a gallery of panoramas for Burning Man 2009. This year I went with the new Canon 5D Mark II, which has remarkable low-light shooting capabilities. As such, I generated a number of interesting new night panoramas in addition to the giant ones of the day.

In particular, you will want to check out the panorama of the crowd around the burn, as seen from the Esplanade, and the night scene around the Temple, and a twilight shot.

Today, fewer and fewer photos are printed. We usually see them on screen. And more and more commonly, we see them on a widescreen monitor. 16:9 screens are quite common as are 16:10. You can hardly find a 4:3 screen any more, though that is the aspect ratio of most P&S cameras. Most SLRs are 3:2, which still doesn't fit on the widescreen monitor. The total eclipse of the sun is the most visually stunning natural phenomenon there is. It leaves the other natural wonders like the Grand Canyon far behind. Through an amazing set of circumstances I got to see my 4th on Enewetak, an isolated atoll in the Marshall Islands. Enewetak was the site of 43 nuclear explosions including Mike, the first H-bomb (which erased one of the islands in the chain.)

Back in March, I took my first trip to the middle east, to attend Yossi Vardi's "Kinnernet" unconference on the shores of lake Kinneret, also known as the Sea of Galilee. This is an invite-only conference and a great time, but being only 2 days long, it's hard to justify 2 days of flying just to go to it. So I also conducted a tour of sites in Israel and a bit of Jordan.